LIKE ALL true lovers of Edward Bear I wasn't seriously concerned when his adsentures were translated into Latin (Winnie Ille Pu. 1960) because I felt that the Bear of Little Brain would be flattered at finding himself in a Classical Tongue. I was a little worried three years ago when The Pooh Perplex. a collection of spurious literary criticisms of Pooh, was published. But I calmed down when it turned out that the book was a satire on critics and that the precious icon of childhood had not been damaged.

But 1 wonder if even Pooh himself will be able to withstand the onslaught now underway on his Dignity, Nobility and his role as Essential Childhood Friend. The sad fact is that Pooh is the latest grist for Walt Disney's relentless, and tasteless, commercial mill.

This spring theatres across Canada are showing a Disney featurette. Winnie the Pooh anil the Honey Tree. The 32-minute film deals mainly with two chapters from the first Pooh book: Pooh’s attempt to disguise himself as a raincloud and the time spent jammed in Rabbit's front door.

But the film is only the centrepiece in an enormous promotion of Pooh articles and artifacts: among products now on or coming on the market are Pooh school bags, pencil cases, toy luggage, towels, bibs, thermal mugs and tumblers, wallpaper, crib mattresses, decals, hosiery, jigsaw puzzles, stuffed animals, dinnerware. toy ironing boards and irons, games, paintby-number sets, records, beach balls, lamps and a list of items that takes up two-and-a-half typewritten pages. (There are also pyjama bags called —shudder—Poohjama bags.)

Clem Saila, representative of the Walt Disney merchandising division in Toronto, explained that the original Ernest Shepard drawings were used as a basis for the Disney cartoon but “they had to be adapted. We need strong, rigid lines and the Shepard drawings have sketchy lines. Besides, today’s children know so much more than kids used to and we feel that the new drawings are a little more sophisticated.’’

1 sat through the cartoon and discovered the background drawings are lovely: sketchy and like pale English watercolors. Pooh is adequately

drawn, but Eeyore has a ribbon on his tail (the mind boggles at Eeyore’s reaction to such desecration.) And for some unfathomable reason Rabbit has been changed from a proper, albeit sometimes stuffy chap, to a mangy, hysterical rodent who seems quite capable, at any moment, of shrieking. "What's up, Doc?”

Another aberration of the film is that Disney has decided that Pooh and company are not English and. one would gather from the accents, he thinks that A. A. Milne was a famous mid-Western American writer.

Pooh has heen given the voice of Sterling Hollaway who. as 1 recall, usually plays the sheriff’s faithful and dim-witted deputy. Kanga has heen given one of those gargled-with-glycerine voices that seemingly abound in Disney’s studios. And Christopher Robin looks and sounds like the character in the Wrigley gum commercials.

In his wisdom, the creator of Mickey Mouse has decided that Winnie the Pooh needs improvement—so he has added another character. Disney spokesmen say the new-comer is a gopher, but when 1 took my seven children to see the cartoon, several told me he was a mole and three of them even said they thought he was a heaver.

As a sample of Walt Disney’s idea of whimsey: the gopher offers to dig Pooh out of Rabbit’s front door—but he wants extra time for working overtime, carries a lantern and a lunchpail and falls down holes. The apologetic

mention, made twice, that he isn't a character in the book doesn’t mitigate the crime.

Worse than the individual bad taste is the overall concept of Pooh. Winnie liked honey—but in the movie (and a colored comic strip running in weekend papers) he acts like a dope fiend in desperate need of a fix.

The interesting thing about the merchandising surrounding the movie is that it is extensive and — although this may only be a spiteful wish — it is apparently aimed at the wrong market.

Paul Lyday of Disney’s office says that the promotion of Pooh outdoes in number of items the things produced to tic in with Mary Poppins. But the clothes — including a high style line by famed children’s dress designer Helen Lee—arc pitched for the one-to-seven-year age group. In actual fact, as known by many parents who have lumbered through Pooh to the cold stares of uncomprehending five-year-olds, the best age for the stories is about eight or nine years.

There will be future Winnie movies to follow the initial dismal effort, so the Pooh products will be around for some time. Drawings for the next episode, already on the boards, should hit the screens in about three years. The first wave will have subsided by then but the Disney people plan to prepare young audiences for a second assault by the Cartoonist of Little Taste by releasing the first film on TV at about the time the second one is ready for distribution.

And if you’re thinking of starting a Pooh Anti-Defamation League, forget it. Disney has every right to treat Pooh in any way he sees fit. The Disney people have bought all ancillary rights to the stories: they can merchandise, alter, change or add to any of the stories or characters. Lyday says only that the Milne estate “was not paid peanuts” for the merchandising and movie rights.

It all means that those of us who cherish, out of our own memories and for our children, the tender, charming Winnie and the other denizens of the Hundred Aker Wood will be blinching for some time to come. 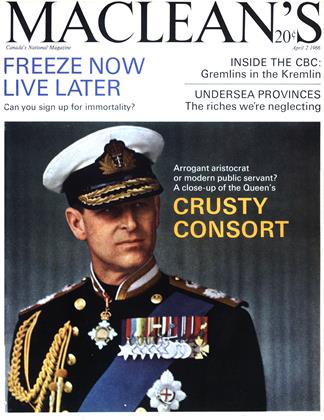