ASKED WHAT HE thought of Canada’s attitude toward the war in Vietnam, Senator Robert Kennedy replied by misquoting Dante: “The hottest place in hell is reserved for those who in time of crisis preserve their neutrality.”

We have news for Senator Kennedy. A great many Canadians are not neutral at all about Vietnam. We think the United States is wrong, wrong, wrong — wrong to be there in the first place, wrong to be backing a worthless military dictatorship, wrong to be killing so many people to so little purpose. We have two reasons for not saying so oftener and louder: one, that we like the United States and like Americans, and it grieves us to see them so hated for what they are doing; two, that we still hope a time may come when Canada can do something useful toward stopping this ghastly war, and we don’t want to impair that usefulness for the sake of emptily striking an attitude now. But if Senator Kennedy insists on knowing what we think, it’s: “Yankee, get out of Vietnam.” 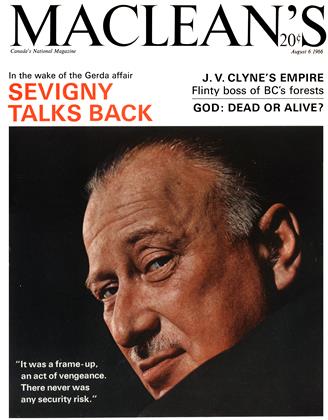