WHAT A NICE SLUM! CUE CAMERA ONE

WHAT A NICE SLUM! CUE CAMERA ONE JOCELYN DINGMAN September 17 1966

WHAT A NICE SLUM! CUE CAMERA ONE

A PAN FOR BARTH’S GOAT-BOY

A PROFESSOR of English, in a recent review of John Barth’s Giles GoatBoy, called it a great novel. Another professor ended his review of it by saying that it is “too long, too tedious, a dud.”

I agree with the second professor, but I can see why the first praised it so highly. Many people, for example the uncountable admirers of J. R. R. Tolkien’s immense trilogy The Lord Of The Rings, seem irresistibly attracted by a combination of fantasy and great length. And Giles Goat-Boy, besides being more than twice as long as most novels, is no less a fantasy than Tolkien’s chronicle of the Hobbits and the world he invented for them.

Barth too has invented a world, by supposing the whole earth to be one vast university. Like Tolkien, his main theme is the struggle between the forces of good and evil. But there is something at once charming and faintly plausible about the Hobbits and their world, whereas Barth’s world is seldom charming and almost always preposterous.

George Giles, the central character, is brought up among goats by a learned old herdsman. In his early teens he leaves the herd for the university world, where he becomes, or believes that he becomes, the Great Tutor, or Saviour, and has all sorts of encounters with all sorts of persons and ideas. The basic pretentiousness of this allegory is indicated by the book’s subtitle: The Revised New

Syllabus, since there is a strong implication that “syllabus” is meant to be read as “testament.” At least I think there is that implication. The density and profundity of Barth’s writing made it impossible for me to be sure of anything about the novel, except the certainty that it bored me almost beyond endurance.

Even if it hadn’t, and if it hadn’t also confused me, far too much happens in Giles Goat-Boy to allow me to give you an adequate summary. So I shall simply repeat my acknowledgment that there is a certain kind of reader who may like it. But in fairness I feel I should stress the word “may.”

THE SHORT stories in Hugh Garner’s new collection. Men And Women, have overtones of sophistication and cynism that weren’t apparent in his earlier work; and since these qualities are restrained, and balanced by warmth and compassion, they seem to me to mark a development in an already good Canadian writer.

There is a wry delicacy in some of of the stories that is notably engaging.

as in You Never Ast Me Before, which tells of a boy’s first lovemaking. In others the element of surprise is introduced with great skill. Dwell In Heaven, Die On Earth, for example, an account of the ordeal of a young clergyman who has in effect turned social worker, has a climax that I think few could foresee. And the collection has real diversity, unlike the mere plurality of so many such collections, which appear to be the same story, or at most two or three stories, repeated over and over again. Garner is a story-teller in the old tradition, rather than in the new one based on the curious belief that pointlessness is a virtue. But being in the old tradition doesn’t mean he is oldfashioned. On the contrary he is unmistakably a man of today, and his work is as contemporary as this morning’s breakfast.

A NEW BOOK by a writer who is distinctly not contemporary is Farmer Premier: The Memoirs Of E. C. Drury. Mr. Drury is nearly 90; and though his mind has remained acute and vigorous, he reflects the spirit of an earlier age — and above all of an earlier Ontario, the province of his birth, whose premier he w'as at the beginning of the 1920s.

What gives his autobiography its chief value, I think, is that it presents so revealing a view of life in rural Ontario three-quarters of a century ago, long before urbanization had set in, and before the leveling impact of the mass media had begun to make itself felt. Old Mr. Drury was born on a farm near Barrie, in the southern part of the province, grew up to be a farmer himself, and seems in his heart to be one still. Thus when he discusses the friends and neighbors of his boyhood and young manhood, he writes of what he knows not only from direct observation but by instinct. And because he writes simply and straightforwardly, his memories have an authenticity which carries its own conviction. Those concerned with his political career are perhaps less interesting, though more important, than the earlier and more personal

memories. But almost nothing in the book is dull, and almost everything has bite and flavor.

WILLIAM BRINKLEY’S The Ninety And Nine is a novel which tells of the service of LST (for Landing Ship, Tank) 1826, United States Navy, off the invasion coast of Italy in World War II, and of the relations of her officers and men with each other, and with various civilians ashore. Much of the story is highly melodramatic, and thus ought not to be particularly convincing. Yet somehow it rings a great deal more true than most of the deliberately realistic and low-keyed novels about war at sea which I have read with the critical eye of one who has experienced a fair amount of war at sea himself.

The Ninety And Nine, by William Brinkley. Doubleday, $6.95. 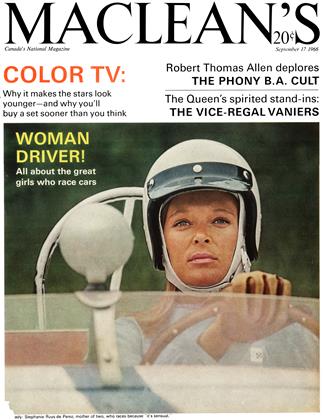