HOW WOULD YOU feel if your name was Ralph Hanna Young and you got an important-looking document in the mail one day announcing that a Frank Young had died in California, leaving an estate of $17,556.88?

“I felt like a millionaire,” says the real Ralph Hanna Young, an unemployed railway engineer in Toronto. Then he grew suspicious. After all, the notice didn’t say he was an heir to Frank Young’s estate; it merely offered to send along “documents containing information about the administration of the estate and personal history of the deceased” — if the recipient would sign a request form and

send $4. Aware that his only relative in the U.S. is (a) not named Young, and (b) alive in Seattle, Ralph Young suspected a swindle. He phoned the police.

Actually, the document the postman dropped into Ralph Young’s letter slot that day was neither windfall nor swindle. It was just one of 10,000 notifications that have gone out since last February to Canadians in Vancouver, Winnipeg, Toronto, Montreal and Halifax, from an enterprising California firm called Legal Research and Index.

LRI’s routine is simple: It explores public records in Los Angeles County Court to discover what people with fairly common surnames have recently died and left estates unclaimed. Then the company goes through telephone directories from all over the United States and Canada, selects several thousand people with the same surname and mails them the legallooking notification of the death.

The chances of any one of those people being related to the deceased are, of course, extremely remote. But one person in 40, on the average, can’t resist spending $4 to find out.

Actually, it's not even that — so far. according to Dennis Von Aldenbruck. who runs LRI. Each mass mailing, he says, averages only 200 returns worth $800 — only half the cost of getting 8.000 letters out.

“Things are a little rough now,” he says, “but we hope eventually to break into the black.”

One break that would help: a

higher yield of bona fide, publicizable heirs. So far, out of some 100,000 letters LRI has sent out to people

Powell and his lawyer both decline to discuss many of the details of his progress in claiming an estate of $178,000 left by his long-lost brother, who died in California last December.

“I understand,” says Powell, “that there are some mortgages against the estate and I might wind up with nothing.” EARL MCRAE 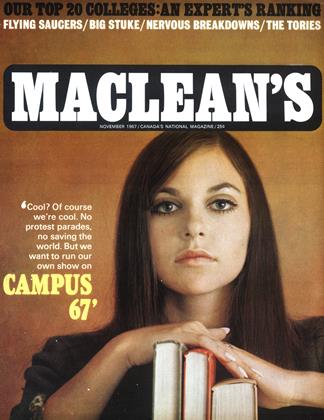