There'll always be a HOLLYWOOD JON RUDDY May 1 1967

“IF YOU LOOK under the phony tinsel of Hollywood,” said Oscar Levant, “you can see the real tinsel.” Most of Hollywood's real tinsel is reel tinsel: the movies were there in the beginning, are now, and ever shall be. Recently, though, the bulk of Hollywood’s film product has been feeding television networks in the U.S., Canada and scores of other countries around the world. Filmed TV series — miles and miles of effervescent pap — now support the studios in much the same way that B pictures once did.

It is a funny situation. Television, which nearly killed Hollywood in the 1950s now keeps the place busier than it has been since World War IF. The movie men had to embrace TV to survive. For a long time they refused. One studio — 20th Century-Fox — actually shut down for a while, and others faltered. Film production shrank from a high of 600 features a year to fewer than 150, U.S. movie attendance from 90 million admissions a week to 30 million. Even now, weekly attendance is only about half what it was in the dark ages before TV, and the movie industry is only turning out about 200 films a year, many of them made abroad to cut production costs. Hollywood, the television capital, is a hive of localized activity, manufacturing the equivalent of 600 feature films a year. Hollywood, the movie capital, has spread out to become, in effect, wherever the studios pitch their pasteboard camps.

Hollywood, the town, is a disappointing physical entity. Much of it is a vast wasteland of car lots, harlots, small junky stores and pairs of boys in too-tight trousers. Sunset Strip is a mod mod world of topless and all-but-bottomless clip joints, teeny-boppers with cleavage of the gluteus, and air that is faintly blue with pot smoke. The place looks, someone recently said, like a waffle iron that has committed suicide. The Hollywood of myth and magic exists only in the false fronts on studio lots, in fabled restaurants and nightspots and in the good life as lived in the canyoned subtropics of outlying suburbs. Hollywood is, largely, a state of mind.

Many dedicated movie men still think — or act as though they still think — that cranking out fodder for television’s terrible tapeworm is no more than a stopgap procedure. It’s fairly clear, though, that Hollywood’s future is dependent on TV despite a recent resurgence at the box office. The new pattern is the production of fewer, bigger and, hopefully, better movies using profits from TV film series and from sales of old movies to the medium. The problem here is that there aren’t many old movies left — only a few hundred, and most of them dogs. This has led to a frantic network scramble for recent movies not yet seen on television, including some not yet seen anywhere. Going one step further, NBC teamed up with Universal Studios to coproduce a number of two-hour films to be screened initially on television, then in theatres. The first TV-movies have been uniformly awful in quality — “Grade Z potboilers,” says one carefully anonymous Universal spokesman — but they have racked up impressive ratings with the home audience.

This points up an interesting and, from the studios’ point of view, encouraging, fact: namely, that most television viewers would rather watch a movie, any movie, than almost anything else on the tube. Great movies, of course, get great ratings. One night last September, ABC screened The Bridge On The River Kwai and 60 million viewers tuned in, wiping opposing programs off the ratings charts. The right to screen Kwai cost ABC two million dollars — pure gravy for Columbia Pictures, since the film had long since paid for itself. Immediately following the Kwai screening, three Hollywood studios announced deals with two of the networks amounting to $92 million for the right to screen 113 films. For $92 million, Hollywood could produce dozens of ordinary movies; 20th Century-Fox could have turned out Cleopatra three times.

The most expensive movie ever made. Cleopatra is representative of the studios’ willingness to spend fortunes on sure-thing epics and sure-thing stars, most of whom have not tarnished themselves by stooping to appear in television series. For the real tinsel of Hollywood is still big-screen stuff. The box-office success of pictures such as Cleopatra, the TV success of old movies such as Kwai, the enormous ratings of the annually televised Oscar handout — all these things prove that the home screen has never caught, except by reflection, the glitter of the movie capital. Hollywood is dependent on television, but only for the easy buck. It will continue to put its best footage forward in the theatres of the world. 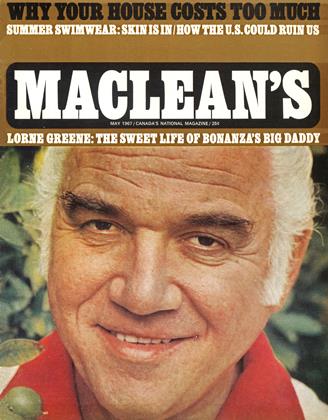