A security guard on outside patrol at a Montreal factory keeps an eye on the whole neighborhood and sees a lot of strange sights. Recently he witnessed a fine pantomime performance going on outside his fence. A motorcycle cop pulled up to a light truck, waved the driver out of the cab and took up a businesslike pose at the rear of the truck, ticket pad at the ready. When the driver joined him, the cop pointed dramatically at the tail of the truck where close observation revealed one small light burned out. The driver began to wave his arms in heated protest and explanation, but the cop just shook his head. Then a police cruiser rushed to the rescue, an even bigger cop got out and joined the first in glaring at the miscreant. By this time the truck driver was fairly jumping up and down in righteous indignation, and he was pointing dramatically at the tail of the police cruiser. Sure enough, one of its rear lights was burned out, too. Exit cruiser, motorcycle and truck. No ticket. 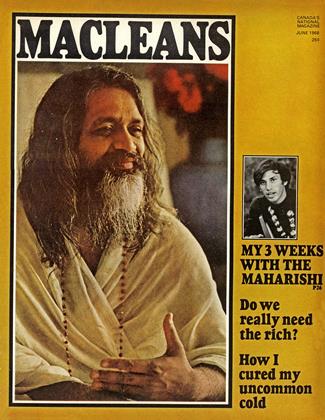