A few days after Janis Joplin’s death last winter I read a story in the entertainment pages of a local newspaper in which the writer, observing the vacancy, proclaimed Grace Slick of the Jefferson Airplane the new Queen of Rock. I thought: not Grace Slick, the San Francisco siren, not the Queen of Rock. But then I thought: who else is there? Diana Ross? No. Anyway, she forsook rock to sing Que Será Será to the tourists in Vegas. Joni Mitchell? No. Anyway, she’s a folk singer, like Judy Collins and Joan Baez, Carole King and Melanie. Rita Coolidge? Bonnie Bramlett? Linda Ronstandt? Julie Driscoll? No. Which leaves Aretha Franklin. Well, sure, better one-song Aretha than graceless Grace, but. . . Then I thought: why aren’t there more women rock stars? Why is rock music so man-made?

This, as our sisters in the movement keep reminding us, is a male chauvinist culture, so it isn’t surprising that women are underrepresented among the celebrities of rock. There aren’t many women bank presidents, either. Still, the extent to which your average recording studio resembles your average men’s locker room is astonishing. I’ve been making a study of the top 100 albums published weekly by RPM magazine.

In a typical week in June, only 11 of the 100 best-selling albums in Canada were recorded by women — two each by Anne Murray and Carole King, the others by Janis Joplin, Diana Ross,

Mary Travers, Barbra Streisand, Carly Simon, Lynn Anderson and comedian Lily Tomlin. There was female representation on another seven Two and albums by such groups as The Bells, The Partridge Family, The Fifth Dimension. The other 82 albums were allmale affairs. Eighteen to 82: it’s odds like those that win converts to Kate Millett.

How to explain it? The ladies of the movement would argue, I’m sure, that it’s merely a reflection of the prevailing social attitudes toward women and work. If you conducted a public opinion poll on the subject, I suppose the consensus would be that, well, sure it’s all right for a woman to be a rock singer if that’s what she really wants but she’d probably be a lot happier feeding macaroni to a kitchen full of kids. But there’s got to be more to it than that because in the Forties and Fifties, when social attitudes were just as biased in favor of men as they are now, women were threatening to dominate popular music.

One of the songs from that era was called Dance With Me Henry, and it tells a great deal about the decline of the girl singer. It was written in 1954 by a black rhythm-andblues singer named Hank Ballard, who recorded it for the then almost exclusively black rhythm-and-blues market. But the song he recorded was called not Dance With Me Henry but Work With Me Annie, and the lyrics went something like: “Work with me Annie, let’s get it while the gettin’ is good.” Well . . . that was hardly the sort of song Robert Young wanted his Bud and Betty listening to, so for white audiences Mercury Records released Georgia Gibbs’ expurgated version. (Mercury built a small industry “covering” rhythmand-blues hits for white audiences. Little Darlin’ by the Diamonds and Sh-Boom by the Crewcuts were two such plagiarisms.) In Dance With Me Henry the line “Let’s get it while the gettin’ is good” became “Let’s dance while the music rolls on.”

Popular music is written by men and expresses, for the most part, male preoccupations. On Tin Pan Alley it seemed important to make people feel good, so white songwriters wrote “tunes” like Mister And Mississippi. But to men who, like Hank Ballard, lived in black ghettos what was important

was the maintenance of pride, so, because life gave them little else to be proud of, they wrote songs like Long Tall Sally (“Well, long tall Sally, she’s built for speed, she’s got everything that Uncle John needs”). Stud stuff. Me midnight mover, you sex-object stuff. Hardly the kind of music, even in the Fifties when Women’s Lib was just a glint in Betty Friedan’s eye, that a woman could sing with much feeling. And few women did.

You know what happened next. Rhythm-and-blues broke free of the ghetto, moved uptown where they called it rock-and-roll. It was only two years after Georgia Gibbs sang Dance With Me Henry that white audiences were making hits of songs like Work With Me Annie. But now there were white studs, too. Elvis the pelvis, they called him, remember? But for the influence of folk music, and, slightly less, country music, there would be even fewer women rock stars today than there are, because from Elvis Presley to Mick Jagger rhythm-and-blues has remained the strongest of the musical traditions embodied in rock, and it is no less insistent in its perception of women as objects of sexual gratification than it ever was. Rock, then, is almost by definition a male form. Annie should join the movement. 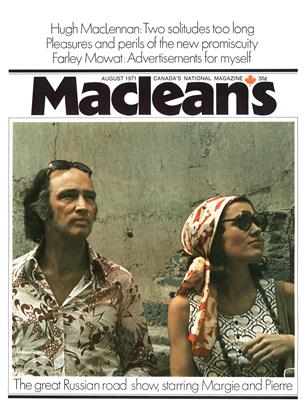