“I accuse that man of complicity in all murders and crimes, present, past and future,” says a prosecutor in one of Arthur Koestler’s early novels.

“But,” protests his colleague, “he has never killed a fly.”

“Ah, but the flies he hasn’t killed have spread a plague through the entire province.”

I’ve always thought that cold-blooded and very European exchange reflects in a curious way what’s wrong with Canada’s diplomats, particularly the way they prefer to deal with their American counterparts. It’s not what they do that condemns most of them as inadequate defenders of Canada’s national interest. It’s what they don’t do. As Walter Stewart points out in an article that begins on page 23, “it’s sometimes hard to tell whether they are trying to grapple with the problems of American power or have become so mesmerized by the superior moxie, organization and aggressiveness of the U.S. that they press our views apologetically, if at all, in conflabs with their confreres in American diplomacy.”

This mentality is firmly anchored within Ottawa’s “External tradition” which holds that sweet reasonableness (being an “honest broker” and all that) is our only recourse. Eternal seekers of the middle ground, our quiet diplomats have faithfully followed Sir Harold Nicolson’s dictum that the perfect representative of his country abroad “must be tolerant of the ignorance and foolishness of his home government and know how to temper the instructions he receives. He should remember that overt diplomatic triumphs leave feelings of humiliation behind them ... no good negotiator should ever threaten, bully or chide.” Perhaps the ultimate expression of this attitude in the context of U.S.-Canadian relations came from the late Lester Pearson during a service club speech at Calgary on March 29, 1967: “Just as Canadian unity is based on diversity,” he said on that occasion, “so our nationalism must be international.”

That sweet homily may have meant something when our main concern was to get out from under the smothering British apron and gain legitimacy in the world’s councils. But it won’t work at a time when the two countries who share this subcontinent are in a race for energy resources and raw materials, with nothing less than national survival as the ultimate prize.

Most of the men and women who officially speak for Canada at Washington’s highest levels of government make a fundamental error: they fail to distinguish who is part of the problem and who is part of the solution. It’s perfectly natural for the Americans to stand up for their own national interest. But solving their problem isn’t necessarily going to help us. On the contrary, with increasing frequency their policy imperatives will conflict with our own priorities. We must get away from the oldfashioned school of Canadian diplomacy whose disciples still think that Washington should have “a Canadian policy” — just as they once thought that Whitehall ought to help run our foreign affairs — and that we can learn how to behave in order to fit, nice mice that we are, into America’s plans. (U.S. diplomats in Canada don’t suffer from a similar problem. They know exactly what their goals are and they pursue them with unflagging energy and enthusiasm.)

I’m not suggesting that our diplomats should become tempestuous tigers in pinstripe suits, growling belligerencies at the Americans. But when we deal with the U.S., and with any other country, it should be from the strength of knowing who we are and exactly what we want to become: the strength that comes from believing in your own cause rather than trying to fit your needs into somebody else’s design. 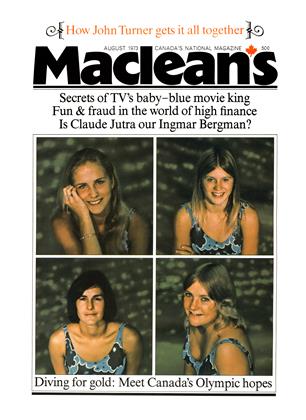