Sentimental books about Canadian Indians by descendants of the white men who dispossessed them are not my favorite reading; but despite my vow not to read any more Indian books, unless written by the Indians themselves, I found myself enjoying Tales From The Smokehouse by Herbert T. Schwarz (Hurtig, $8.95). The illustrations are by Daphne Odjig, an Indian, and the stories Dr. Schwarz tells have been “collected” from Indians. (One “collects” folklore, apparently, like birds’ eggs or butterflies, since native peoples, unlike our sophisticated and fallen selves, are considered wild life, part of nature.) But the author disclaims any scientific intent. From his picture on the jacket, glowering under a fur hat like a cigar-store Indian, he’s obviously a romantic.

The smokehouse of the title is a sweat lodge in which the bathers tell each other more or less steamy tales. Since the narrators are all men, the stories tend to celebrate male potency, though a couple of them try to make sense of its troubling absences. There is the lovesick brave who, with the help of the medicine man, is able to detach his sex organ and send it flying to its destination, where it prepares the way for its owner -— a sort of fifth column. There is also the bad medicine woman who has teeth where no teeth should be, a sexual nightmare familiar to psychiatry. In the smokehouse version of Beauty And The Beast, an Indian girl is possessed by a bear and at last becomes a bear-woman herself. The later stories, in which white men and white women figure, are a kind of defensive folklore.

An Indian man, for example, has an affair with a lady teacher. She does things to him Indian girls are too shy to do, poisoning his life with longing for what he cannot have. He comes to a sad end. The source for this story, by the way, is given as the lady teacher herself, a strange derivation for Indian folklore. The moral — that whites are a bad lot and best avoided — may owe more to liberal guilt than to Indian tradition.

In the same way, a tale setting forth the iniquities of fur traders who corrupt the Indians with firewater probably originates in the dislike of homesteaders and missionaries for their nomadic rivals. It was the homesteaders, not the traders, who dispossessed the tribes and destroyed the base of their culture. They and their posterity put all the blame on their rivals. Now they grow sentimental about their victim«.

What carries Schwarz’s Tales From The Smokehouse is his skill as a storyteller. It is the same with Shaun Herron’s new novel, The Bird In Last Year’s Nest (McClelland and Stewart, $7.95), which purports to take us into the minds of a few Basque revolutionaries.

Herron (above) is a former Ulsterman who was a CBC man, then a United Church clergyman and finally a Winnipeg newspaper columnist and novelist. His fourth novel, The Whore Mother, was a thriller based on the troubles in his native Ireland. It’s clear that he has found himself as an author of lively, intelligent narratives packed with incident and violence.

The hero of The Bird In Last Year’s Nest is a Spanish doctor who has succeeded in covering up his savage terrorist past in the Civil War. As the story opens, he is threatened with exposure by the similar activities of his son, who is a member of an organization called the Fifth Assembly. Spain, the doctor says, “is a desperado among nations. Look at it. Its mountains are naked rock, like snarling teeth on an angry dog. Look at our cathedrals, drenched in bloody images and tears and sorrow . . .” The passage is typical in the way it betrays Herron’s tourist’s-eye-view. Nor is he lacking in a strong conventional wisdom, which presents the terrorist and the policeman as partners and brothers in a cruel dance. His moral insight, inspired by the Bible, perceives and figures forth the workings of Providence, which visits the sins of the fathers on the children. But no matter, Herron’s zest and love of heroic action sweep us along.

Herron’s point of view, like that of Schwarz, is that of an outsider masquerading as an insider; he is no more a Spaniard than Schwarz is an Indian. Another new novel by a Canadian offers the same kind of viewpoint, Fly Away Paul by Peter Davies (General Publishing, $6.95).

The protagonist is Paul, a boy whose parents have dumped him in an institution for derelicts such as himself, refugees from broken homes, orphans and victims, many of working-class background. In the institution they are treated as delinquents and criminals. The author once worked in such a home in Montreal and the novel embodies his identification with its victims.

The living conditions, presented as uniformly horrible, approximate fairly closely what I remember of life at Irish boarding schools. We too were starved, caned and browbeaten, but for us it was considered a privilege to endure such hardships since our parents were paying good money for them. Davies, the compassionate outsider, has failed to imagine the consolations of life in such jails. Paul, perhaps because he feels his parents have rejected him, is never happy for a moment, except in more or less distorted ways.

The staff are a bunch of gruesome perverts. Old King Cole, their leader, is a cynical bully. Paul sets his whole mind on escape.

Despite the vividness of the narration, there is something essentially false about this novel; the whole viewpoint of the social worker.

All three of these books are in their different ways fictions of social conscience. The authors see themselves as right-thinking men who are spectators of injustice and unkindness. The best fiction is made by writers grappling with the evil in their own hearts. 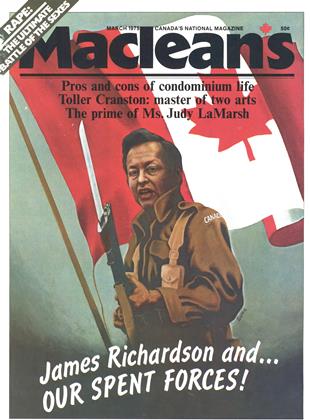