Drug dealers knew they were in trouble almost as soon as Montreal’s mammoth Mirabel airport opened on Novem On the second flight that day, a KLM jetliner, four passengers transporting drugs were nabbed by the police. Cracking the stiff security code at the city’s new international airport is no easy matter, and drug supplies are drying up as a result. Mirabel will eventually employ 10,000 people at peak operations compared to 5,000 at the

older Dorval airport where a drug ring in volving airport staff was discovered last year. Mirabel’s international cargo area has only four gates, enabling officials to thwart crafty peddlers hiding dope in Moroccan table legs and African drums. Not only that, in a few months doors at Mirabel will open only with computerized punch cards that keep track of who enters where. Remote cameras keep a glassy eye on things, too. Hashish, a favorite with Mont-

real drug-users, has been hardest hit. Unlike cocaine, heroin and marijuana, often brought to market by land, hashish traditionally arrives by air. But the dearth of drugs can also be chalked up to the troubles in Lebanon, one of Montreal’s chief sources. The price of hashish has skyrocketed as a result of the diminished supply. “The Montreal street price per kilo has gone from $600 in 1969 to $3,000 now,” a RCMP official noted last month, GLEN ALLEN 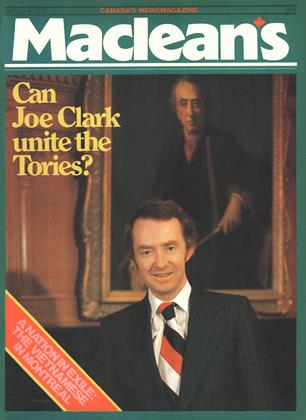