It’s beginning to look as if the strain of governing Britain is proving too much for its parliamentarians—as well it might. After all they are having to cope with a precedent-smashing speech by the Queen, which angered the Scottish Nationalists because she took sides over devolution; a delicate situation in the Commons (the Tories haven’t quite managed to grab back the reins of power); the trade gap: Ulster; Rhodesia; and the French (the French are kicking up trouble because they once more suspect the British are getting too chummy with the Yanks). There's also the question mark over Idi Amin’s intention to attend the Commonwealth conference in June— though everyone is hoping he will do the decent thing.

It is a formidable list—and ever since the death, at 58, from a stroke earlier this year of Foreign Secretary Anthony Crosland, followed by the equally unexpected demise of Sir Peter Kirk. 48-year-old leader of British MPS in the European Parliament, the 620 or so survivors in the House of Commons have been anxiously totting up

their hours— and the odds against good health.

To hear them tell it the latter shorten as the former lengthen. Says Labor MP, Dr. Maurice Miller: “A crazy, inefficient and over-demanding system is depriving us of fine men the country can ill afford to lose. Politics make the business rat race look like an Alice in Wonderland picnic.” The frequent sight of ailing Labor members being wheeled and carried from their sickbeds through the voting lobbies appears to bear him out. So does the revelation from Labor’s chief whip in the Commons that 30 of his troops have heart conditions.

And yet ... a few uncharitable voices persist in hinting the real problem is“selfgovernment” and that it is exhausting latenight debates in Westminster’s cosy bars and restaurants that really are to blame. A psychiatrist has even had the temerity to assert that many politicians thrive on stress.

But what has really raised doubts is the case of Labor MP Tom Litterick, who collapsed with a heart attack on the way home to his Midland constituency. Litterick’s wife. Jane,insisted that he would not vote again until he was fit—“I will not sacrifice my husband to save the government,” she declared. But when the MP left hospital he did not turn up at home or in the House of Commons—but in the London apartment of a young female friend, Patricia Healy, a reporter on The Times. There he said he was sheltering from the stress of living at home — not parliament. Mrs. Litterick was not amused: “I’m bloody angry. I love my husband and I thought he was worrying about political pressures. But it wasn’t that at all.” JOHN ELLISON 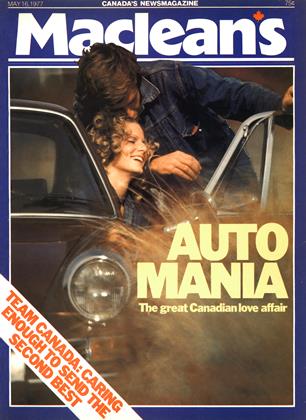