If it walks, flies or swims, grow it bigger Judy Dobbie October 2 1978

On Oct. 16 Senator Harry Hays is going to host a different kind of party near his 5,000-acre Quarter Circle 57 ranch, south of Calgary. He is most famous for his Sunday morning breakfasts during Stampede week at which hundreds of guests wash down eggs and sausages with a concoction (milk, gin, iodine, peppermint . . .) he calls syllabub. The gathering two weeks hence will be a coming-out party and first auction sale for 150 head of very special cattle—the Hays Converter. The senator has bred them from a mix of Holstein, Hereford and Brown Swiss to convert less fodder into more beef than any domestic breed before them. Hays says they will reach the ideal slaughter weight of 1,100 pounds in 12 to 15 months, six to 18 months sooner than existing breeds. Better yet, claims Hays, the average animal will cost 25 to 30 per cent less to feed, yet will yield two to five per cent more beef: “We think a Converter will make $100 a head more for the rancher at the slaughterhouse.”

For consumers, the breeding and feeding of the steaks, chicken legs and frozen fish-sticks that fill their shopping carts, are of little concern. An egg is an egg, in effect, so long as it has a yolk, a white and a shell. For the farmers who supply the food market, however, improved breeding practices are becoming increasingly important. They are looking to a combination of genetics, nutrition, and advances in disease prevention and pest control to help them produce more and better farm products with greater cost efficiency. The Hays Converter is one example. There are many others.

• Poultry breeder Lloyd Churches of Langley, B.C., has developed a new breed of giant turkey to meet the needs of processors for meatier birds. “Fat Albert,” the largest turkey Churches has bred so far, achieved a weight of 75.4 pounds—and a place in the Guinness Book of Records — before he died recently, probably due to some dietary inadequacy.

• Ken Bedirian, a reproductive physiologist and director of an Ontario firm called Via Pax Corp., has been helping dairy farmers boost herd productivity. By impregnating top milk-producers via artificial insemination and then transferring the resulting embryos to lesser-quality cows for birthing, a single good milker can yield an average 12 calves per year.

• By dispatching water-bomber planes to spray tons of liquid fertilizer into the lakes where Vancouver Island sockeye salmon spawn, Dr. John Stockner and a federal fisheries department team have induced added growth in young salmon whose size largely determines whether they will survive. Between 1972 and 1977, the annual run increased from 50,000 to over a million. “Maybe we can double the commercial sockeye fishery in the next decade,” says an ecstatic Stockner.

Not surprisingly, in all such programs costs run high and results come slowly. The salmon project began eight years ago and has already cost Ottawa several million dollars. Lloyd Churches says he has spent the past 25 years developing his mammoth gobblers. According to Hays, “it takes a lifetime” to effect a new breed of beef cattle. What’s more the returns are generally small.

Jack Newman, an Agriculture Canada scientist at Lacombe, Alberta, is skeptical about claims the Hays Converter will reach market at a saving in excess of 25 per cent. An economic improvement of five to 10 per cent from a breeding program is much more realistic, says Newman. He recalls the beefalo—a crossbreed of beef cattle and buffalo touted to double beef production— to illustrate his point: “The claims of the beefalo promoters were a lot of hogwash. They lead to the impression this kind of gain is possible. It isn’t.” He believes, along with many others, that the greatest advantage to Canadian cattlemen during the last 10 years has come from the establishment of superior beef breeds such as Charoláis, Simmental and Limousin imported from Europe. But Harry Hays—who had a hand in the import program when he was federal agriculture minister 14 years ago—is not to be defused. “I’m pretty hep on the Converter,” he says. “I believe in it.” 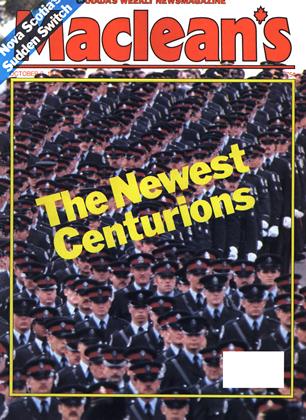