During the 19th century, scientists hotly disputed the origin of the species. But 20th-century researchers seem just as bent on chronicling humanity’s decline. The latest depressing news comes from Dr. Ernest Sternglass, professor of radiological physics at the University of Pittsburgh. He offers a grim explanation for a problem that has baffled educators for the past decade—the rapid decline in the scores of American high-school students on the Scholastic Aptitude Tests (SAT) required for college admission. Everything from inferior instruction to excessive television watching has been blamed for the plummeting test averages.

Now Sternglass proposes a direct connection between the aboveground atomic testing by the U.S. in the 1950s and the lowered scores. He contends that the atomic radiation produced by those early atmospheric tests profoundly influenced the prenatal development of the body’s main regulators of physical and intellectual maturation, the thyroid and pituitary glands. The condition resulting from such arrested development, called hypothyroidism, can produce anything from slightly hampered reasoning powers to severe retardation.

To buttress his argument, Sternglass notes that the greatest drops in SAT scores occurred in areas close to the nuclear testing sites. “If poor schools alone, or the declining quality of life in the cities, were to blame for the scores, it makes no sense that they fell the most in Utah, out where children are in fresh air and rural surroundings,” he says. Sternglass further maintains that he can track a pattern of lowered test scores across the North American con-

tinent where radiation-laden clouds passed over mountains, releasing their potent atomic byproducts in the resultant rain.

The dimensions of the damage seem even greater to Sternglass than a simple decline in the average SAT score would indicate. He claims figures from the Educational Testing Service, which administers the tests, show scores in the top range fell off most sharply. “The greatest drop occurred . .. among those who would have been geniuses, those we depend upon for our inventions, for our poetry. Do you see? The intellectual leadership of a generation was largely destroyed,” says Sternglass. Nonetheless, he concedes that intellectual leadership may have been partially restored during the atomic - test moratorium from 1958 to 1961. During this respite, SAT scores in the areas that had shown the greatest drops ceased their decline and, in some cases, actually rose slightly.

Much of the scientific community, however, finds both Sternglass and his theories far from persuasive. His previous efforts to link stillbirths and as many as 400,000 infant deaths worldwide to radiation effects caused one respected scientific publication to label him a “controversial prophet of doom.” But Sternglass remains unfazed by the criticism. “The number of vociferous attacks is not surprising,” he says. “A great many of the people who make them are a part of the nuclear establishment.”

Clearly, the nuclear establishment has not stopped Sternglass. He has now

turned his attention from SAT scores to the even more sensitive subject of male fertility. “I’ve just seen some statistics from Florida that indicate a decline in fertility for college-age males—just what you’d expect,” he crows triumphantly. “It’s always been my belief that atomic testing has produced dramatically altered fertility rates.”

But Florida State University’s Dr. Ralph Dougherty, whose figures Sternglass cited, sees another cause for the decline in sperm density among American males, from 90 million sperm per millilitre of fluid some 50 years ago to 60 million today: he blames the toxic chemical compounds known as polychlorinated biphenyls (PCBs). In addition,Dougherty noted that other factors, such as smoking, could also play a part in reduced sperm density.

Although his study, sponsored by the U.S. National Institute of Environmental Health Science, included only 132 Florida college students, Dr. Dougherty observes that plummeting sperm counts have been reported in other areas of North America, including Canada, as well as in Europe and Japan. As if that assault on machismo was not sufficient, Dougherty reported a full 23 per cent of the subjects he tested were functionally sterile. But, for the worried male with average sperm density, Dr. Dougherty has some moderate words of cheer. When asked how the drop from a median of 90 million sperm per millilitre to 60 million would affect reproductive capacities, the Florida chemist responded with an encouraging, “Not much.” 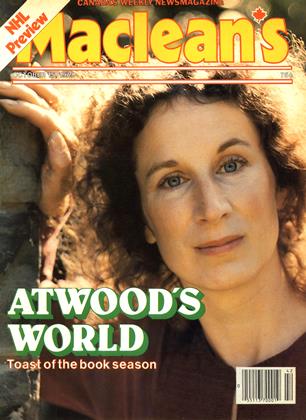