"Two countries separated by the same language” was Bernard Shaw’s description of the relationship between England and the United States. Yanks proposes another definition: two peoples brought together by the same enemy. The enemy is Nazi Germany, the occasion is World War II, the time is 1943 and the setting is a town in Lancashire suddenly inundated by thousands of American troops. The two nations are allies, but it’s an invasion nonetheless, and the townspeople are split in their reactions to the Yanks. From some old gaffers you hear belly-aching: “Bloody foreigners!”

From many young women you sense hearts fluttering: “Oo, look, in’t he gorgeous!” Yanks, a tribute to sentimental war movies ( Waterloo Bridge, Since You Went Away) as much as to the camaraderie of war, concentrates on murmurs of the middle-class heart. And in its soft-spoken fidelity to the domestic emotions, it is indeed gorgeous.

It’s a cold country and a chilling time, when people huddle together—in twos or in crowds—at dance halls and mess halls, pubs and picture shows, and the inevitable train stations where they’re forever waving goodbye to loved ones they may never see again. And out of

this battalion of open, determined faces, three couples emerge to form a cross-section of classes, ranks, sexual attitudes, and degrees of romantic commitment. Matt (Richard Gere) is a mess sergeant who falls for Jean (Lisa Eichhorn), who works in her parents’ shop. Danny (Chick Venerra), a corporal and Matt’s buddy, is a happy-go-lucky guy in love with a happy-go-lucky gal named Mollie (Wendy Morgan). And

Captain John (William Devane) has an affair with the aristocratic Helen (Vanessa Redgrave).

Compared with the events in this year’s apocalyptic war movies, nothing much happens in Yanks: people get to know each other, fall in love, realize they didn’t know each other as well as they thought, surprise themselves and each other with sudden bursts of intensity or depression, and are separated by the war. One couple marries, another plans marriage, the third parts as the kind of friends only fond ex-lovers can be. One couple is comically endearing, the second clumsily soulful, the third stiff-upper-lip. (At least, Redgrave plays it that way; William Devane is at a disadvantage, since he has no upper lip.) The movie has nothing to offer its viewers except an acute picture of how ordinary people react under stress, and in love.

Redgrave, our greatest actress (there’s simply no question about it), brings her unique mixture of dignity, passion and schoolgirl modesty to her small role. Rachel Roberts and Tony Melody are grave and loving as the shop girl’s parents. In fact, Yanks can boast the finest individual and ensemble acting to be seen in movies in years. But the film belongs to Gere and Eichhorn.

In his earlier films (Looking for Mr. Goodbar, Bloodbrothers) Gere displayed a tightly coiled temperament that, when touched, would spring into violent gestures. Here he explores the more difficult middle ground of behavioral charm, goodwill and indecision. It’s about time Gere became a star, and

Yanks could do it for him—and for Lisa Eichhorn, a 27-year-old actress from Pennsylvania who is clear-eyed, convincing and quietly beautiful. These 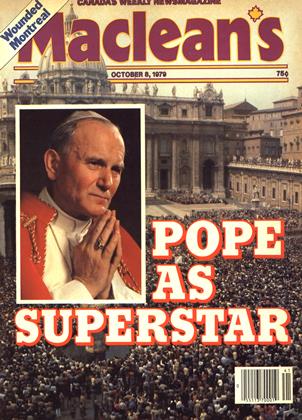