This week Senator Ted Kennedy finally makes his presidential candidacy official after two months of hitting and teasing. The declaration, planned for Boston on Nov. 7, means the press and public can now shift their attention to the content of his campaign. And, according to Vice-President Walter Mondale, they will not find much that is not already in the White House in the person of Jimmy Carter. “Kennedy’s toughest problem,” Móndale told reporters last week, “is that I don’t think he has staked out an issue-based reason for seeking the presidency.”

At the end of last week, Kennedy gave a preview of his campaign platform in a speech—one of his last as an unannounced candidate—to 3,000 Democrats at a fund-raising dinner in Charleston, West Virginia. As if to rebut Mondale, Kennedy used the speech to underline one issue on which he does differ with Carter: nuclear power. Reiterating his own desire for a moratorium on the construction of nuclear power plants—an option rejected to date by Carter—Kennedy declared: “The choice is clear. If America is going to build nuclear power plants for the future, we must build them safely, or we should not build them at all. And so I call on the president to make his position clear.”

But the rest of the speech only served to make Mondale’s point—that Kennedy’s candidacy is based more on image and personality than on the issues. Sev-

eral times, Kennedy recalled his late brother John in an effort to cash in on the latter’s popularity in West Virginia, where he won a crucial primary in the 1960 presidential campaign. There were also numerous thinly veiled references to Carter as a well-meaning man who is in over his head. “Good intentions matter,” said Kennedy. “But what also matters, and matters just as much, is competence to do the job, to get things done.”

Kennedy did attack Carter’s use of high interest rates to fight inflation. But he did not offer any solutions of his own. Likewise, the next day in Buffalo, he knocked Carter for decontrolling oil prices but did not say that he himself would reimpose controls. Instead, he advised Carter to threaten the return of controls in order to get his windfall oil profits tax through Congress. Kennedy is battling an image that he is a freespending liberal, an image Carter has attempted to sharpen in recent remarks. As a result, Kennedy can be expected to move to the right as the campaign heats up in the coming weeks.

The campaign is starting earlier than expected. Kennedy had wanted to wait until after U.S. Thanksgiving later this month to enter the race formally. But Carter forced his hand by mounting an offensive which embarrassed the “Draft Kennedy” forces in Florida (Maclean's, Oct. 29, 1979). By declaring early, Kennedy upstaged his Senate colleague, Howard Baker, who unluckily chose last week to announce his bid for the Republican nomination and forced California Governor Jerry Brown to move up his announcement to this week as well so he would not be left behind in the Democratic contest.

In making his candidacy official, Kennedy transfers management of his campaign from the amateurs and parttimers who had been running the draft effort to an experienced group of political pros. But the Kennedy committee is the first to acknowledge that it faces an uphill battle against an incumbent president. Carter’s team is well ahead of Kennedy’s in all aspects—organization, fund-raising and endorsements.

The first noteworthy contest between the two will take place in Iowa on Jan. 21, when rank-and-file Democrats are to meet in mini-conventions across the state to pick their delegates to the national convention next summer in New York City. Iowa was the site of Carter’s first triumph in the 1976 campaign as he out-organized a crowded Democratic field. Attempting a repeat performance, Carter has been paying the state special attention. He cruised through on a riverboat in the summer and his wife and mother have been back since.

The next real test won’t come until the Illinois primary on March 18. Important primaries will take place before then in New Hampshire (Feb. 26) and Florida (March 11). But since the first borders on Kennedy’s home state of

Massachusetts and the second on Carter’s Georgia, neither will provide a neutral sounding. Illinois will, and it went to Carter in the 1976 Democratic primary. Again, however, Kennedy got a boost last week with the official backing of Chicago Mayor Jane Byrne. Just two weeks earlier Byrne had plumped for Carter and she attributed her fickleness to her own “private poll,” which showed Carter could not win in the state.

The public polls show Kennedy leading Carter by roughly 2 to 1. But “you can’t poll effectively on Kennedy now,” says Detroit pollster Robert Teeter, whom the Conservative party has employed in Canada. “The Kennedy candidacy is still in the honeymoon phase.”

Nobody knows better than Carter how quickly a lead can evaporate in the polls. He entered the 1976 presidential campaign after the Democratic convention with a 33-point lead over incumbent Gerald Ford. By election day, the lead had shrunk to three points. In an effort to cut into Kennedy’s lead, Carter plans a flat-out campaign beginning Dec. 4 with a half-hour of prime-time television—if he can persuade any network to sell it to him. Another possibility: a televised debate. Carter is reportedly considering challenging Kennedy

because he feels he can wallop his opponent, who is not a good spontaneous speaker.

Another Kennedy weakness—his past indiscretions—resurfaced last week in a column by William Safire of The New York Times. Safire, a former aide to Richard Nixon, resurrected an old story about Kennedy attempting to evade arrest when he was caught speeding during his law-school days at the University of Virginia. Safire

quoted the arresting officer as saying Kennedy’s mother, Rose, “really got on my butt” to shut up after the incident. Kennedy was let off with a $15 fine. Concluded Safire: “When in big trouble, Ted Kennedy’s repeated history has been to run, to hide, to get caught, and to get away with it.”

While Carter may not make such charges himself, others likely will on his behalf. And that could cause problems further down the road for the Democrats. Worries Móndale: “The worst risk is that this primary will be so bitter, so poisonous, that a Democrat can’t win.”^ 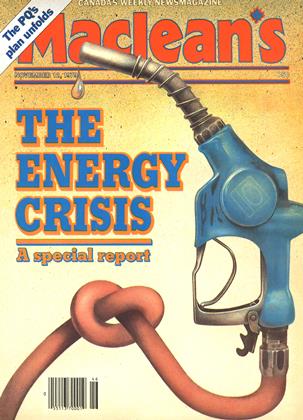