The young and the restless James Fleming June 18 1979

Toppling governments is usually re agarded as work for aenerals, or, at the

very least, colonels. So the main, and largely unanswered, question after last week’s coup in Ghana led by one FlightLieutenant Jerry Rawlings was how an airman of such humble rank could have brought down a government of senior officers. Or, as Ghanaian diplomats in more \ than one capital put it, "Jerry who?”

Although he sounds like a character from an armed forces' journal comic strip, the 32-year-old Rawlings is anything but a caricature. Indeed, the sense of destiny of the polo-playing son of a wealthy Scots businessman and a Ghanaian mother reportedly shone through as early as his wellcushioned education at Accra's respected Achimota School. "He was a boy of principle,” says a former teacher, "very firm and determined.”

Rawlings might have gone to university but he chose the air force, starting his pilot’s training in 1966. He made good progress but his determination became married to left-wing ideas and he now mouths the same Marxist jargon as his hero, Ethiopia’s bloodthirsty revolutionary head, Mengistu Haile Mariam.

By mid-May, Rawlings' ideas and plans

had advanced to the stage where, with other air force officers, he was able to launch a coup against the Supreme Military Council which had ruled Ghana for seven years. The coup failed and Rawlings ended up in prison, but last week a band of followers backed by air support sprang him and within 48 hours he had formed a 10man revolutionary council to replace the deposed General Frederick Akuffo and his officers.

Rawlings now promises bloodshed to purify Ghana and the expulsion of Accra’s 3,000-member Lebanese community which, he says, has dominated economic life. But he can probably count at least on initial public support. Ghanaians have grown almost immune to military coups. There have been four since independence from Britain in 1957 and as a popular local song goes: The cars are the same/Only the drivers are different. So anyone who promises to break the pattern of rising prices and falling jobs can be sure to please the country’s radical young unemployed and urban housewives.

Rawlings has promised to hold elections for civilian rulers scheduled by his predecessor. But he is "to postpone” for three months the abolition of military government and this could bring about an explosive collision with the country’s powerful middleclass. The ensuing violence should solve his identity problem, but little else. 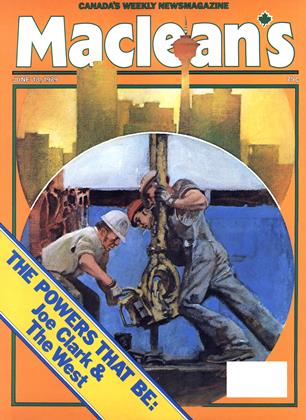