Clark’s anti-style as PM: he may make up in conviction what he lacks in class Peter C. Newman June 4 1979

As he becomes Canada’s 16th prime minister, Joe Clark can be accused neither of clairvoyance nor premature senility. He fought a clever campaign and demonstrated a refreshing disdain for the traditional sources of power in this country. He has successfully challenged the myth that only Liberals are privy to the secrets of the dark that endowed them with the divine right to govern this large, troubled land. The cynics pouring out their premature scorn for the Conservatives are somehow reminiscent of the doomsayers who maintained the Egyptians would never be able to operate the Suez Canal.

Governments are forged in the fires of practice, not in the intellectual vacuums of campaign rhetoric. And if Joe Clark’s election seemed more of a letdown than an epiphany, it may be more the fault of his style than his intentions. Unlike his cruelly articulate opponent, Clark suffers from the gravest of political sins: his thoughts tend to come out raw and awkward, failing to communicate his inner convictions. It is as if his words were being formed by a cookie cutter.

The 20 major campaign pledges that accompany him into office are such a jumble of contradictions that Clark’s stewardship could become a nightmare if he attempts to translate all of them into law. The central core of Joe Clark’s problem is exactly the opposite of the politician on whom he has ideologically modelled himself: Jimmy Carter. The U.S. president is currently

Under the new distribution boundaries, the nature of the Parliament and country placed in his charge are very different from Pierre Trudeau’s mandate. It was no electoral accident that on May 22 the prime ministerial seat was transferred from Mount Royal to High River. For the first time since Confederation, the Prairie provinces and British Columbia occupy more seats in the Commons than does Quebec. The burgeoning political forces of the New West will demand as much attention as the deep-rooted aspirations of Quebec. At the same time, this is the most urban of Parliaments, with 160 of the 282 new seats representing Canada’s 16 largest cities, and the traditional rural constituencies shrunk to a mere four dozen.

Getting used to Joe Clark’s absence of style will not be easy for a country run during more than a decade according to the soigné dictates of a prime minister who could concede political defeat with the grace and pride of Pierre Trudeau. Perhaps we should find comfort in a recent confession by Abba Eban, the former foreign minister of Israel: “My experience tells me that men and nations do behave wisely, once they have exhausted all other alternatives.”

Even if he sometimes behaves like a reject from The Gong Show, Joe Clark’s the only prime minister we’ve got. 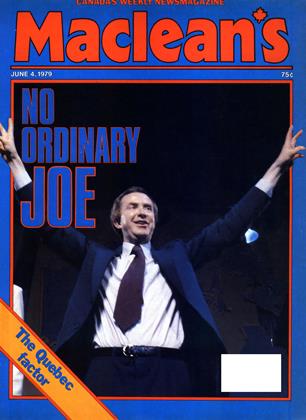