Some people were saying it had come up on the wind from the Virginias. Others suspiciously blamed neighbors and friends for importing it, however inadvertently, in some seedlings from Florida. Whatever the source, perenospora tabacina, a bluemould fungus from the same family as the one that blighted crops and caused a potato famine in Ireland in the late 1880s, crept through about 500 farms in the Southwestern Ontario tobacco belt, causing millions of dollars worth of damage to a crop ready for harvesting. By the end of last week a spokesman for the Ontario ministry of agriculture pondered whether the use of the word “disaster” would be accurate. He finally settled for “pretty damn serious.” Tobacco farmers are, for the most part, a fairly prosperous lot. Many of them are multiple farm owners who winter in Florida or the Bahamas but who, when the season arrives in May, “work our butts off,” in the words of Andy Gilvesy, 37, a member of a large family that farms 500 acres of prime tobacco land near Tillsonburg, Ontario. Tobacco growers are also known in the broader agricultural community as whiners. If it isn’t one thing wrong with the crop, it’s another. But Gilvesy, a tall, lean, laconic individual, offered less of a whine that a snarl as he surveyed a section of his ruined 50-acre crop: the large leaves of each plant were covered in yellow-brown splotches, the undersides marked by the blue-grey spores. Contemplating the loss of crops potentially worth $100,000, Gilvesy opted for the word “disaster.”

Ever since he had heard three weeks ago of the possibility of the mould spreading, helped along by the perfect weather conditions—slightly cool and damp—he and his wife, Irene, had been monitoring their crop. The evening he spotted the telltale blotches he sourly went to the phone and called his insurance agent. There was nothing left to do but sit and wait for it to wreak its damage. Like many of his fellow farmers, having more understanding of the cruel but at least straightforward laws of nature than the byzantine workings of bureaucracies, Gilvesy’s frustration grew last week in direct proportion to the contact he had with the Ontario Crop Insurance Commission and the Tobacco Marketing Board. Representatives of both kept urging all farmers to continue cultivating their crops despite the sicklooking leaves, or risk missing out on compensation (they can collect up to 80 per cent of the damage). “Why throw good money after bad?” the farmers were asking themselves and each other in impromptu roadside meetings. “One thing about this crisis,” said grower John Vilez, “no one’s lonely anymore. You get one truck pulling over and 10 more will stop too, for a meeting.”

While it was hard to put a price tag on the damage caused by blue mould (the entire Ontario crop is worth about $300 million), its economic impact had reached far into the community. Highschool students who normally count on making $1,500 a season “priming” in the fields, disconsolately waited as farmers held back on hiring work crews. Scores of migrant workers, most of them young people from Quebec, lounged languidly in a park in the centre of Delhi. At night, they shifted to an outdoor camp on a small “island” of farmland accessible only by fording a stream where they shared food and drink, strummed guitars and talked hopefully of still making money. “Maybe I’ll move on and pick tomatoes,” said one young woman.

There is no known cure for the blight, and plant pathologists said the only chance of limiting the damage was a change in the weather conditions. That appeared to be happening at week’s end as the days grew hotter and dryer.

The fungus, which made its last major appearance in the 1940s, was first spotted a month ago by grower Steve Mayorcsak, who has since had to level his entire 53-acre crop, potentially worth $120,000. Mayorcsak, one of the j group of eight original buyers of a ship5 ment of imported seedlings—seeds in w special boxes designed to speed up the £ growth process of the plant—has re05 ceived nasty phone calls and dirty looks from fellow growers, as if he had deliberately arranged the disaster. Hurt by the implication, he was lying low last week, reluctant to talk about his part in it. A fellow farmer to whose crop the fungus had spread admitted his resentment of Mayorczak was irrational, “but deep down in my heart that’s the way I feel.” But as the weather turned for the better and insurance agents began knocking on doors, the mood of the farmers lifted. Said grower John Vilez: “Might as well smile, because there’s nothing I can do about it anyway.” 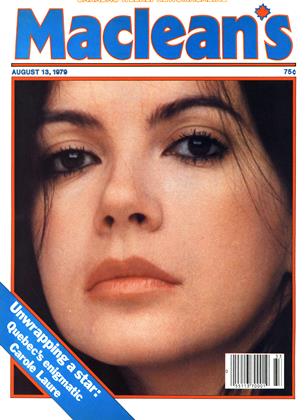