One more piece for the pipe Ian Urquhart September 10 1979

The Alaska Highway natural gas pipeline, so bogged down in red tape that some were already pronouncing it dead, is serving notice that, as with Mark Twain, its obituary was premature. Last week the ailing pipeline won an important ruling from the Federal Energy Regulatory Commission (FERC) in Washington that could even lead to a full recovery.

The pipeline would bring Alaskan natural gas (not to be confused with the oil pipeline, Maclean's, Sept 3, 1979) across Canada to the U S. Midwest and provide an estimated 68,000 jobs for Canadians. U.S. President Jimmy Carter, conscious that the project is already two years behind schedule because of regulatory delays and anxious for delivery of the 26 trillion cubic feet of Alaskan gas (almost half of total Canadian reserves), has insisted that the pipeline be built "without further delay.” With Carter’s words ringing in its ears, the FERC decided last week to amend its own June

ruling that had severely restricted the amount of profit the pipeline sponsors could make—among them Foothills Pipe Lines of Calgary. In Washington, pipeline representative Helen Burke termed the decision “a favorable, positive step.”

The new ruling will help the pipeline sponsors when they go to Wall Street this winter to raise money for the project, the biggest ever undertaken by private enterprise. As an additional boost, the Carter administration is using its muscle on the three big oil companies that own the gas in Alaska—Exxon, Sohio and Arco—to gain their help in the financing of the pipeline, telling them to share some of the costs. To date, the oil companies have remained aloof from the project, preferring to let Foothills and its partners take the risk. Adding further weight to that, the FERC has said the oil companies must bear the full cost (about $2 billion) of "conditioning” the gas (preparing it for pipeline entry by chilling, purifying, and compressing it). That ruling may change, but only if the oil companies agree to share some of the risk of building the pipeline — either way, a boost to Foothills and the other pipeline sponsors Ian Urquhart 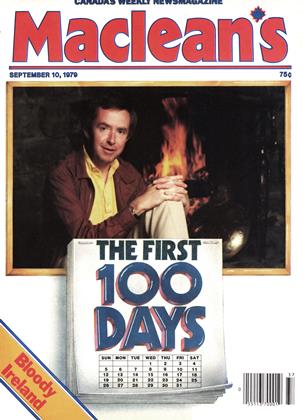