GOOD HEALTH FOR YOUR MIND January 1 1980

An interview with David S. Janowsky, M.D., professor of psychiatry at the University of California, San Diego Medical School.

What if you suddenly find yourself becoming very irritable? Or you start having constant headaches? Or you can't stand the sight of food any more? Or you worry about getting to sleep at night? Or you seem to have a vague, shaky feeling a lot of the time? Or you keep getting a tight pain in your chest, and the doctor can't find a thing wrong with you?

These are just a few of the common signs of tension and anxiety, and even depression, that people get. There is nothing unusual about them—everybody experiences one or more of such symptoms at some point or another. The important thing is to be able to recognize them—and then to take stock of yourself and try to figure out the underlying cause.

Although such symptoms may indeed represent serious physical illness, it is amazing how many times people fail to realize that such signs may mean something is troubling you emotionally—not physically. And sometimes, doctors handle these complaints with unnecessarily extensive tests (in order to rule out every conceivable physical cause) or try immediate use of medication—rather than sitting down with the patient and talking the problem out.

The symptoms of general tension, anxiety, and mild depression are often identical or similar—anxiety, in fact, is often part of depression. Stomachaches may be the first sign of tension. Headaches, insomnia, and chest pains are other possibilities. And in certain cases, they are characteristic of anxiety, too.

There are actually two distinct forms of anxiety. One is the perfectly normal “anticipatory” anxiety—what you feel when you have to get up and make a speech. The other is “pervasive” anxiety. This usually stems directly from some difficulties in your job or in your personal life that are not easy to identify. You may be under a great deal of stress and, deep down inside, bothered by something that is happening but psychologically not able to face up to it. Instead, you break out, as it were, in pervasive anxiety symptoms.

These can be either physical or mental. The physical symptoms include various kinds of gastrointestinal distress—among them, diarrhea and constipation—as well as all the other physical manifestations seen with tension. Although you should never completely rule out a physical cause, it is important to keep in mind that the body has many ways of expressing anxiety, and a physical complaint may simply be one of them.

Very often, people are unable to admit to themselves or anyone else that stress may be at the bottom of a physical problem. They keep going from doctor to doctor, hoping to find a physical cause. And all the while they continue to be under more stress than they can cope with, and their body continues to take a physical “out” for the anxiety they experience.

The mental symptoms include lying awake and worrying half the night and having a vague, tense, scared feeling most of the day. If this ever happens to you—it can be extremely disturbing—you should know that you are probably not going out of your mind, no matter how much you may feel you are. This is something that practically everybody goes through sooner or later.

Mild depression, like tension and anxiety, is often blamed on something not causing it. Many of its manifestations are similar to those you feel when anxious. But there is also apt to be a feeling of generalized fatigue and lack of energy—accompanied by too much sleeping or very poor sleep. There is a loss of sex drive. A loss of interest in food, too. And a slowed-down activity in the gastrointestinal tract, along with constipation. It is as though your physical functions were depressed.

How do you deal with tension, anxiety, depression (I am not talking about severe, clinical depression, which is a real medical problem) and restore your mental well-being? Perhaps the single most important thing is a network of friends, relatives, people you work with—people you can interact with, sharing bad as well as good news. In other words, do not try to go it alone. Develop a system of mutual support. That is easier said than done, considering the way society has been going over the last decade. People are constantly moving—on their own or because of company decisions. Many people today live totally alone—and we know this group is at the highest risk for depression.

If you feel you should consult a doctor, it is best to go to one who knows you as an entire person, a family doctor or general internist who is familiar with your medical history and your family background. He can talk everything over with you. Be sure to let him know, however, that you feel you may be up against a psychological problem. Because very often there is a sort of tacit, inhibiting agreement between the patient and the doctor: The patient acts as though it would be embarrassing to get into emotional matters, the doctor senses this and so, without ever saying as much, both agree that they will focus on the physical state. So it is important for you to come right out and say, “I have been tense in my job, in my personal life. And I would like' to talk to you about that as one aspect of the problem.”

Here are some further thoughts on sustaining your mental well-being in the modern world:

Try to evaluate your life in terms of what is possible and what is not. People often feel frazzled, irritable, or anxious because they have not been able to make the distinction between “This is something I can do” and “This is something I can't do.” Very often when these people find they can't achieve certain goals, they become extremely frustrated and depressed. They would do better to figure out some way of coping with the situation that is bothering them—by living with it, getting around it, or getting out of it. It is important to know when to give up.

It is also helpful to ask yourself, “What are the bothersome things in my life?” Really try to pinpoint them. You may be vulnerable to only a few things, but they may be very important to you. Try to figure out specific ways to do something about them. Even just knowing clearly what bothers you is a help. A lot of people haven't the faintest idea—or they think they are bothered by one thing when, in fact, they are bothered by something else. So the problem gets displaced, and they never do get at the true cause.

The third thing is to try to bolster yourself at times of stress—a separation, a divorce, loss of a person close to you or loss of your job. You should realize that such moments are high-stress times—times when, instead of “toughing it out,” you should really seek as much support as possible from those close to you. Very often when people feel low because of stress, they are least likely to make the effort to see and be with other people. So keep in mind how important it is to treat youself well when things are rough.

A final point, an important one, is to find areas of mastery. In other words, get control of your life in some way. The way things are these days, what with inflation and other problems that seem beyond personal or even public management, people have a distinct sense of loss of control. And your coping mechanisms are somehow enhanced if you know you are in control of certain vital things. If, say, you can count on your body or your mental skills—be it for jogging or whatever—this gives you a feeling of mastery, a sense of being back in control. It is a key to mental well-being today.

ARE MEDICATIONS MAKING YOU DEPRESSED?

Some widely prescribed medications cause symptoms of depression as a side effect. And all too frequently, people are not aware of this possibility. Here is a basic list:

The Pill. Although the incidence of severe depression among women on the Pill is only about 5 percent, this is still a sizable number. And, over and above that, there are all the women for whom mild depression is a side effect—accompanied by constant feelings of rejection. Hypertensive medication can also have a depressive effect—drugs like reserpine and propranalol. This is most noticeable among people who have a tendency towards depression or a family history of it. These drugs often bring out the latent depression.

Tranquilizers. Even Valium can make a person more depressed. And it happens so subtly that you are not aware of it. What's more, Valium tends to release hostility—so you get a combined drug effect.

Hypnotics. The drugs that people take for insomnia really do interfere with the quality of sleep. And they also end up causing you to sleep less—which is bound to make you feel tense and irritable. What is worse is that when you go off the drugs, you experience definite anxiety and depression—as well as poor sleep.

Alcohol. Another drug that may intensify depression is alcohol—people tend to forget that this is so. If you are in a despondent mood, do not have a drink. It may seem to help, but the effect is only temporary. In the long run, it may be one of the worst things you can do. Lecithin, which some health faddists dose themselves with in high amounts, especially when they go on the so-called Lecithin Diet, may increase the tendency towards depression. And with supplements now becoming such a popular form of self-treatment among health-food enthusiasts, more and more people may start to be at risk. 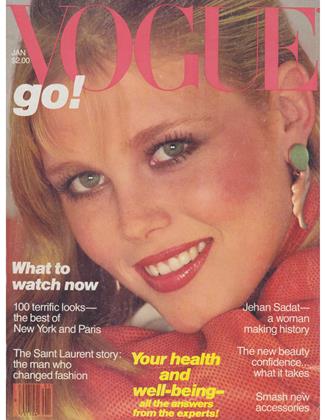