Canadian visitors to the sparkling cities of Latin America cluck sympathetically as they look up at the tin and cardboard shacks which cling to the surrounding hillsides like dirt ringing a white collar. They often don’t realize that such favelas for the urban poor are also booming in the shadow of the glittering skyscrapers of major cities across Canada—particularly Montreal, Vancouver and Toronto.

But in Canada they’re called lofts— and they’re largely invisible, thriving in secrecy behind bleak walls of derelict warehouses, factories, garages, even a rickety coffin factory in Toronto. Since lofts are illegal almost everywhere, their occupants form an invisible population of thousands—illegal aliens in their own land. Loft dwellers, mainly artists or artisans in their 20s to mid30s, can neither register for elections nor have phone listings for fear of being found out and evicted.

“The artists come out of their lofts with the rats at midnight,” recalls photographer/ musician / film-maker Michael Snow, who spent 1964 to 1971 in a New York loft on his way to building an international reputation. “We even had to sneak the garbage past the cops, and hide it several blocks away so the building inspectors wouldn’t find us out.” Most residential space has neither the wide-open areas nor the low cost that artists seek in lofts. They are found in large commercial or industrial buildings where zoning laws usually prohibit residential dwellings, making the cat-and-mouse game with inspectors inevitable.

As the loft lifestyle spread from New York, so did the paranoia, which is as common in lofts as newly sanded, varnished hardwood floors, plants and mezzanines—raised working or living levels that take advantage of lofts’ ceilings, which may be 20 feet high. “People won’t open their doors to you,” warns a 26-year-old experimental film-maker in Toronto who also teaches at the Ontario College of Art. “Any stranger here is automatically an inspector.” In Halifax, it’s much the same. “You’ve got to hide and keep your head down all the time,” says a 25-year-old designer/illustrator who established one of that city’s first lofts on Barrington Street. “Once you’re found out they step on you, fast.” Vancouver’s relative newness means fewer warehouses than in the East and that makes the loft situation tight. But 27year-old media artist Kim Tomczak, who lives with three others in a loft called Pumps (after its previous manufacturing use), says it’s still possible to find space. “Only, we’ve been kicked out of several places already. The health and fire inspectors can evict you any time.”

Yet artists cling to lofts as a do-ityourself form of housing for the middleclass poor. “The young artist has no other way out,” says painter Toni Onley, 51, who became king of Vancouver’s lofts in the 1960s when he persuaded the owner of the high-rise Empire Building to rent it to artists as it awaited demolition. “For artists living at the edge of poverty, the loft is a necessity—both living and studio space in one. It’s reasonably cheap, as long as you don’t mind drafts, roof leaks, occasional rodents, or having the loo a floor or two above yours.” Toronto painter Tom Melkioty recently went through about 20 buildings converted to lofts before choosing one in the east end. “There aren’t just hundreds of loft dwellers anymore,” he asserts. “There have to be a thousand or two in the buildings I saw alone, and I’m always stumbling over new ones. On a single street, three huge factories—each four or five storeys— have been turned into lofts in the past year. I’m amazed how fast it’s turned into a business.” Rick Ferrell, manager of several large Toronto properties, has rented one building with about 40,000 square feet as studios to about 15 artists. “And we’ve other buildings that people are begging us to open,” he says. “Our rents are low—$2.10 per square foot—but it’s enough to carry the buildings as a landholding operation.” Ferrell’s lease specifies “no overnight occupancy,” though he admits policing it is difficult. “I’m not going down there every night to see if anyone’s sleeping there,” he argues. But if building inspectors do uncover illegal overnighters, the landlord faces fines and his tenants probable eviction.

For all their advantages to some, lofts prove much too much for others. The knock on the door frightens many, while the ever-present threat of fire is still

more unsettling. Old buildings often are made largely of wood, as are floors and beams. Fire equipment and exits are rare. “We’re budgeting for a chain ladder to throw out the window, just in case,” asserts one of three artists in a fourth-floor Toronto loft. He says it forcefully, to forget they’ve been budgeting for more than a year now.

Those who pass the loft test dwell in a twilight zone between their landlords and city officials, prey to the whims of each. They are left without the most elementary tenants’ rights, never mind rent or heating control. Some landlords even turn off the heat during the weekend, knowing full well their buildings are residences. Painter Richard Buchanan sums up landlord attitudes through the Montrealer who told him, “If you want to live here, kid, you’ve got to be crazy—but it’s up to you.” Still, he is grateful that lofts are officially tolerated now in Montreal, though not legal in most areas. Pointing to entire streets like Boulevard St. Laurent that have come back to life because of lofts, he adds: “One artist lived across the lane from police headquarters for four years. They knew what she was doing, but nobody bothered her.”

That laissez-faire attitude—combined with shifts in industrial patterns that have reduced loft rents to as little as $50 for 3,000 square feet, about 20 times less than in Toronto—encourages Montreal artists to create sophisticated lofts quite different from the lean gypsy quarters elsewhere in Canada. Painter John Heward has turned 4,000 square feet in an 1845 building into a spare but elegant showplace — while his bed, built in a four - storey - high elevator shaft, is a reminder that this isn’t merely another apartment.

Literal-minded Toronto is putting into words what Montreal has codified in spirit: loft dwellings were recently legalized in certain small commercial/residential areas and by April, if provincial approval is granted, two other areas will be legalized. And that, the artists realize, means that lofts are no longer their preserve alone. Other kinds of tenants who are already trickling in will swell to a torrent. “All these trendies want to become part of the high-tech movement of the ’80s, though they don’t even know what it means,” bristles graphic artist Edward Davis III. “Hell, they’ll want saunas and washers in the basement next.”

Indeed they will. With the energy crisis withering the tentacles of suburbia, city cores will likely be redeveloped even more quickly. Lofts are destined to become one of the major housing innovations of the decade—and artists the casualties. In areas where lofts were legalized in New York, the artists were driven out by those who saw lofts as a chic new type of condominium. The same has happened in Montreal where loft conversion is big enough business to attract a warehouse redevelopment project by the Bronfmans —and to displace artists with people like Premier René Lévesque, who lives in the Bronfman Cours le Royer warehouse condominium in fashionable Old Montreal.

Occasionally, the artists themselves manage to legalize their lofts—generally by buying them, as co-ops in Toronto and Vancouver have done. Michael Morris and seven others (two teachers, one architect and five artists) share an enormous three-storey building known as the Western Front, which they acquired for $45,000. “When artists move into a neighborhood, they tend to fix it up,” Morris explains. “They establish it as a place for people to go. Soon, there are shops and restaurants—exactly what happened in Gastown, and what’s happening around us now in ‘False Creek.’ Eventually, the artist who began the work is back on the street. He can’t afford his neighborhood anymore.”

Finally, it’s money, not building inspectors, that spells the end of lofts as the invisible people know them. For no sooner does the law make them legal again than it’s time to be pushed further along, to develop forms that nobody ever dreamed of. So the leading edge of culture is destined to remain invisible and underground. And the favelas that seemed for a moment to disappear, rise up again, a little higher up the side of the mountain. 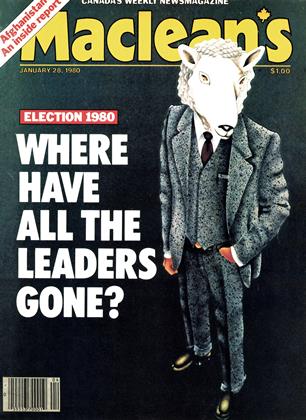