When it came to diplomacy, Ford had a better idea Peter C. Newman October 20 1980

air-flight controllers are acting goofy), it’s a pleasure to pay tribute to an individual who has decorated Ottawa’s payroll for 40 years.

Robert Arthur Douglass Ford, who officially retires this week as Canada’s ambassador to the U.S.S.R., has long been Canada’s most distinguished representative abroad, having spent the past 16 years in Moscow, nine of them as dean of the diplomatic corps. In his sparsely furnished second-floor embassy apartment on Starokonyushenny Pereulok, he held court to visiting diplomats, businessmen, journalists and other wayfarers, ever willing to share his finely honed appreciation of the Kremlin’s subtleties and intrigues. To have been briefed by Ford—as I was during my last trip to Moscow a year ago—was to obtain not just firsthand information about Soviet intentions, but to get a feeling for what the Russian people were thinking.

This was possible because Ford—who first came to Moscow as the embassy’s chargé d’affaires in the early 1950s and returned as ambassador in 1964—not only spoke Russian but mastered the language to a degree that his poetry was published in U.S.S.R. journals. This allowed him unique entry into the forbidden world of the Soviet intellectual elite. His translations into English of Pasternak, Esenin and Akhmadulina became standard texts. (An accomplished linguist, Ford has also translated poetry from French, Portuguese and Serbo-Croatian.)

His own three slim volumes of verse (one of which won a Governor-General’s Award in 1956) are a tally of dissolving forms, faceless walkers, unrequited love. “Ford,” the critic Miriam Waddington once wrote, “is absolutely honest without being confessional, and completely unsentimental. He often has awkward moments, but never false ones.”

Ford is remarkable for the equanimity with which he faces his contest against muscular atrophy (which hit him at 20, when he was given a year to live). He is able to walk only a few yards at a time with the help of a complicated set of crutches, his face a mask of agony. Mortality is a constant companion in his poetry. “Now I can talk freely because death is in bed with me,” he writes. “That is the advantage of knowing death young. It has a vast familiarity.” It was both a mark of respect and a concession to his handicap that he was the only nonmember of the Soviet presidium allowed to use elevators inside the Kremlin.

What we need is a few more Bob Fords and one less Andy Stewart. 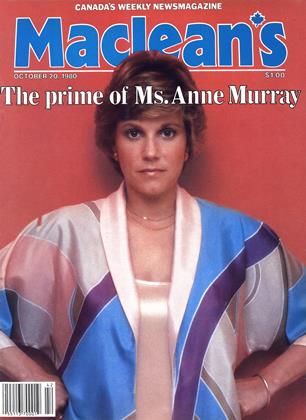