Consider the plot of Final Assignment: feisty young girl reporter wangles interview with the chairman of the Soviet Central Committee— Russia’s Mr. Big. Not prepared to settle for the journalistic coup of the century, she finds time in her busy schedule to smuggle out incriminating evidence of unethical Soviet scientific experiments and to snap off a highly editorial piece on secret trials in the U.S.S.R. She seduces and betrays the bungling Soviet press liaison officer (Michael York) assigned to her, and caps it all off by conning an old family friend, who just happens to drop by Leningrad for a fur auction, into smuggling a child who needs special medical attention out of the U.S.S.R. My, what a busy week!

Director Paul Almond, called in at the last moment to replace Silvio Narizzano, struggles to personalize the ideological

stereotypes that riddle Marc Rosen’s script. But there are so many. Geneviève Bujold does try to give ace reporter Nicole Thomson some edge, and York is as eager to please as a month-old puppy. But Thomson is kept so busy hopping from subplot to subplot that any chemistry between them just fizzles out. Nor do they get much help from the film craft department. Curiously dull and flat cinematography (by John Coquillon) makes the film difficult to watch and, despite a smattering of Ladas, attempts to transform the streets of Montreal into the streets of Moscow and Leningrad fail miserably.

Final Assignment is in fact a hopeless assignment. It’s an irredeemable hodgepodge of ideas, themes and plot developments flying off in all directions—and to no great consequence. 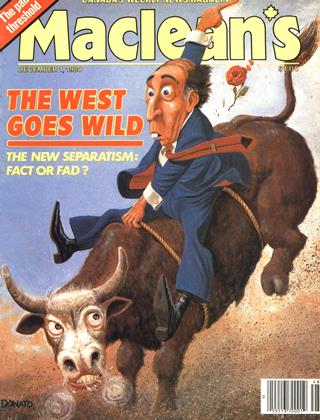