Marking time on a tightrope

Click to View Article Pages
Marking time on a tightrope

His moon face wears the perpetual astonishment of an impish exclamation point. Rimless granny glasses perch above a red-painted button nose. As he waddles onstage at the Théâtre du Gymnase each night in his trade mark, striped sandbox overalls and yellow sneakers, the sellout crowd of 800 Parisians is already chortling. Not that Michel Gérard Joseph Colucci, better known as France’s music hall comedy king Coluche, doesn’t have some things to say. In four-letter monologues shovelling up his barnyard and bathroom humor, he ridicules the right, the left, the rich, the poor, the government and, above all, himself. “They’re already treating you like imbeciles,” he exhorts his audience. “So why not vote for one?”

In fact, in the six weeks since the 36year-old clown threw his chapeau into next April’s presidential race, few people in hig`h places have been laughing. What looked like an outrageous publicity stunt has turned into what the newspapers are calling the “Coluche phenomenon”—a tidal wave of support which has rallied disaffected workers, intellectuals and entertainers and led pollsters to predict that he will get 10 to 12 per cent of the vote. “They call me foulmouthed,” he likes to shriek, brandishing the headlines. “Wait until you hear their language when they see this.”

Not only has Coluche shaken the arch solemnity of French political life, in the process he has voiced voters’ growing and all-too-serious disenchantment with the man who the pollsters say is a shoo-in for re-election: President Valéry Giscard d’Estaing. As inflation, unemployment and political scandals have mounted in the fall, discontent has hardened into a new and bitter edge. The situation was summed up in seven November byelections when the presidential party lost three important seats and 55 per cent of the popular vote went to the rival Socialists, recently regarded as a pushover because handsome young contender Michel Rocard had backed off from his challenge to veteran leader François Mitterrand.

What irks the citizenry most is that the man they elected in 1974 for his easygoing populist touch—strolling to his investiture down the Champs Elysées and inviting garbagemen to the palace to dine—has now transformed himself into an aloof autocrat.

THE KING IS HIS COUNCIL, headlined a front-page story in Le Monde, which began: “France is no longer a democracy.” Le Monde, however, had a special gripe. Last month, the government launched an ugly and potentially suicidal criminal suit against France’s most influential newspaper and its director, Jacques Fauet, for a series of articles over the past three years which Justice Minister Alain Peyrefitte said “cast discredit” upon the courts. In fact, there is little doubt that the real reason for the suit was Le Monde's fondness for the scandal known as France’s “Diamondgate”—the president’s relations with Central African ex-emperor Bokassa, who claims to have given Giscard and family hundreds of thousands of dollars worth of diamonds.

So worried has the Elysée become about the insinuations that it has lately taken to inviting such rival political leaders as Mitterrand around for tea to assure them that the diamonds in question are being sold off for charity. Two weeks ago, the Elysée also reportedly ordered the release of writer and adventurer Roger Delpey from prison after nearly seven months without trial—on charges of spying and trying to “harm French diplomacy.”

Delpey, a confidante of Bokassa, is the man believed to have leaked Diamondgate to the press. He promises to spill more in a book to be published in February, but as a teaser he offered the news that Giscard’s wife, Anne-Aymone, had been given exactly 100 diamonds by Bokassa and that Giscard had received 1.2 million acres of Central African hunting estate. In fact, so public have the accusations become that Michel Rocard referred on TV to the need for a new president for “the decontamination” of the state.

It is scarcely a surprise, therefore, that the populace has rushed to embrace a rotund buffoon who has been called “the master of bad taste.” The son of an immigrant Italian house painter promises to step down after the first of the spring’s two rounds of voting, since his election would be “a catastrophe.” Still, in his most recent movie, The Dribbling Inspector, released last week, Coluche, a bumbling detective who graduated 120th out of 120, ends up catching Public Enemy No. 1 and getting the girl—a film triumph that has more than a touch of topicality. The French seem none too willing to take lightly this new fool who—like Shakespeare’s—speaks the truth. As Coluche himself says: “Every king needs his court jester.” 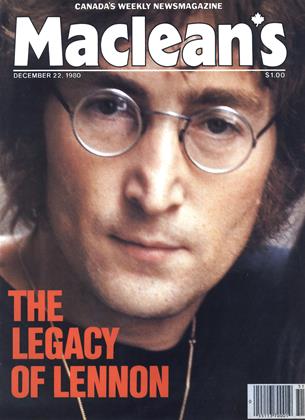