No other actor since Brando has created such a schism within the critical establishment as Richard Gere has. Following a press screening of American Gigolo in New York recently, the two sore sides set up camp. Broadsides began, continually interrupted by a hail of panegyric, one faction claiming that Gere is just another pretty face who mistakes his own moods for acting; the others retorting passionately that he’s the finest actor of his generation, gifted with an implosive technique which pulls you into a character the way other actors can’t. Conversation becomes a calamitous thing:

“He’s too pretty to be talented,” said one critic.

“His muscles are all below his head.”

The word is out: you either love or you hate. These days, you are what you think of Richard Gere.

And who, might the general public who haven’t seen him in American Gigolo ask, is Richard Gere? As screen debuts go (not counting two previous bit parts), Gere’s was certainly different: having picked up Diane Keaton looking for Mr. Goodbar, he did a frenzied dance back at her apartment wearing a jock-

strap and wielding a luminous switchblade. And since then Gere has embodied the art of being different: a sensitive member of a hard-hat family aching to get out in Bloodbrothers; a restless migrant worker in Days of Heaven; a GI who wants to do the right thing by his English girl-friend in Yanks; and now, Julian Kay, the high-class hustler with a heart in American Gigolo. Currently on Broadway in Bent, he portrays a homosexual trying to pass himself off as a Jew in Dachau, because Jews are treated better than “queers.” The confluence of a major movie and a Broadway succès d’estime sires an old stereotype: a star is born.

Gere’s reputation as an actor with a difference, among detractors and champions alike, is susperseded only by his public profile. Ever eager for a new, young star to boost, because Roberts Redford and De Niro won’t do interviews anyway, the press hyped him to the hilt after Goodbar. In celebrity-conscious North America at the time this seemed reasonable, and even necessary. But Gere demurred, saying he would never talk about his personal life or the process of acting. “Whatever I tell you about myself will be obsolete tomorrow,” is his credo. The press persisted. One woman interviewer summoned up the gall to ask if he were gay. Gere, in response to her question and with not a small sense of self-publicity, stood up, unbuckled his belt and dropped his pants.

What Gere has cultivated is a mystique as old as Marlene Dietrich: “So what if I like this color, if I eat this, if my girl-friend is that? If you give people that information, they will jump at it. But if you don’t give them the information, they just might start to look you in the eye.” If only he could be wearing a fur when announcing this. Look you in the eye is precisely what Richard Gere does, with a wide and intimidating smile that says, “Engage me.”

“Richard,” says his publicist Peggy Siegal, “is, well, you know, different. He’s very bright and dedicated. You can never get any tricks past him.” On his own since he was 18, from a suburban family in upstate New York (“sweet, honest, straight, churchgoing people”), he was a philosophy major in college and, though he dropped out, he still bears the imprint. He has flaunted an extravagant disdain for money, collecting unemployment insurance until he made Yanks. Though he once had a home in Greenwich Village—a reconverted warehouse—and currently rents an apartment, he has always adopted an anywhere-I-hang-my-hat attitude. His disdain for money has leaked into another area, commercial movies: “Movies are bourgeois—a very danger-

ous medium.” Up front he admits the only reason for making commercial movies is to make the money to do the projects he really wants to do. Now, at 30, he already has the luxury of demanding script changes, and the bloodhounds are at his door with sheets between their teeth.

Gere’s tastes run against the grain, including the new wave of German filmmakers such as Rainer Werner Fassbinder and Werner Herzog. Herzog is “a genius” who has “tapped something in the subconscious,” he mutters in that mellifluous misterioso. Gere wants to make his own films on the artistic order of Herzog’s noncommercial Aquirre, the Wrath of God. There are already plans to film Bent in Germany next winter, with Fassbinder directing. Another idol—and friend—is Robert Wilson, the author of the avant-garde theatre-opera, Einstein on the Beach. They are talking about a new project for Paris next year in the same vein called Edison. For someone who has been pushed as a successor to De Niro, Pacino and Travolta (he doesn’t have a drop of Italian blood, it’s mostly English) and a volatile matinee idol, he’s keeping strange company.

American Gigolo, which is essentially a commercial art movie, gets his stamp of approval. “I like Julian very much,” he says, referring to the compassionate hustler he plays. “We all want to be

femdash;ed.”When asked what he thought of people using the famous four-letter word in the movie as a substitute for “making love,” and what this says about our culture, his reply is instant, assured and felt: “There’s no reason why you can’t be affectionate and femdash; at the same time.” And then, absorbed with the idea of the character of Julian Kay who does well in the world but feels empty, he says, almost absentmindedly, “I know emotionally where he’s coming from, where his yearning, where his pain.” He continues to chain-smoke.

Gere sees Gigolo as “a much more controlled part, much more internal than anything I had done before” and an amalgam of various types of gigolos he knew. To play Max, the homosexual in Bent, research wasn’t necessary. “Most of my friends have been gay for a long time. Besides, it isn’t a gay play. What is going down in it applies to both straights and gays.” In Bent, Gere is all over the stage, sometimes broadly, often brilliantly. “On the stage you don’t think, you go with the moment. It’s linear; film isn’t. On film you are dissecting reality, screwing around with time, whereas on stage you go right down the line with it. There’s a texture to a live performance that is far beyond thought.” And though his energy and effort is theatrically exciting in Bent, particularly in the now famous scene where he and another actor reach orgasm by verbal suggestion and without touching, the self-absorbed, hang-fire reaction still runs subterranean in him. There’s an element of the hidden live wire in him that keeps an audience spellbound.

Wynn Handman, director of the American Place Theatre in Manhattan, with whom Gere has worked, has called

Gere “a devoted actor and an adventurous one. He goes very deeply into character. He was spectacularly good in a long monologue. While strapped in an electric chair, he had to hold the audience with just his facial expressions and the rhythmic cadence of the language.” And to keep himself from being more than just another of Brando’s boys, he always keeps a beat behind, or one ahead. Despite the comparisons to Brando, De Niro, James Dean, Mont-

gomery Clift and others, it’s those bones of his, set to last a lifetime, that set him apart. They also get him into trouble.

The trouble with Gere is that he is so handsome. (Not everyone agrees: Stanley Kauffman, reviewing Bent in Saturday Review, termed Gere “rubbery, like his acting.”) Mix that with his reputation for being unco-operative and distant, and you’ve got prima donna etched in the minds of many. For some there is also a contradiction to contend with: Gere pursues privacy, yet has a high social profile, usually seen with something right out of Vogue on his arm, as at last fall’s New York Film Festival. What Gere may well have cultivated is something that could be called “anticelebrity” which, of course, is a form of celebrity itself. He has come some distance from playing Santa Claus in the second grade.

Gere’s publicist says that her agency has decided, for publicity purposes, that Gere is “not moody, just shy.” Gere, with his head ascetically cropped for Bent and wearing clothes that would warm the cockles of the Salvation Army’s heart, looks inscrutably into space the way only TM practitioners and stars seem to be able to do.

Is it true that anything he says now will be obsolete tomorrow? Richard Gere gives his most generous grin, and his eyes light up as if to say, “You said it, mister.” 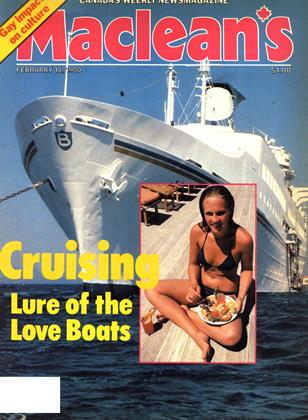