American Gigolo is the first American movie to dive deeply, confusingly and painfully below the glabrous surface of a staggeringly self-aware society and to show just how fragile the scenery of the self is; at the same time it shows how attractive and tempting the surfaces surrounding the self can be. Richard Gere’s performance, like Brando’s in On the Waterfront, is one of a handful to indelibly define an American type. Gere has that brilliant facility to make you see and care about what is happening behind his eyes. When he’s framed for murder, his hunted, haunted look is electrifying; you feel you have crawled inside his skin. Decked to the nines by Giorgio Armani, his skin honeyed by the California sun, Julian is every ad marketing self-improvement. He has invested everything he has in his image. There’s little room left for anything else, and he feels empty at the core; he’s Darling in jockey shorts. “I can’t be possessed,” is Julian’s credo, but it’s really I'm scared to be possessed. He has no trouble giving—it’s his business—but he can’t accept invasions of affection. When he falls for the disaffected senator’s wife (Lauren Hutton), he fights it. “Where are you from?” she asks. “I’m not from anywhere,” he replies. “I’m from this bed.”

But what draws us to Julian is the compassion he has kept for people, his eagerness to please the older, lonely women he services. In the movie’s finest moment Julian stands naked by a window, his back turned to the woman he

wants to love. He talks about a client who “probably hadn’t had an orgasm in 10 years.” With confused pride and some sadness in his voice, he says, “It took me three hours to get her off. Who else would have taken the trouble to get her off?” Julian knows there’s something deeper beneath the skin and, in fact, thinks he’s best at his job when sex isn’t necessary.

American Gigolo is disturbing because Julian is a pure metaphor for what we have become. The movie is going to cause a lot of confusion and misunderstanding: is it voyeurism or is it reporting? The director and screenwriter, Paul Schrader, has also centred in on the dishevelled and poignant psychosexual lives of the people in it; the apartment in Last Tango in Paris has now become cluttered with the iconography of an age enamored of itself. The lack of resolve in American Gigolo in-

jects it with an incredible tension. The movie makes you anxious because it seldom tells you what you’re supposed to feel and the thriller mechanism detonating under its fabulous face amplifies that anxiety.

To avoid localizing the movie in California, Schrader, with the help of Bertolucci’s production designer, Ferdinando Scarfiotti, gives L.A. a European look and texture: it’s La Dolce Vita in North American “Me Decade” drag. The luxurious waste, the S&M, the gay leather bars, the gleam of sun and the glut of indulgence aren’t viewed with self-righteousness. Morality is optional, and that’s exactly what American Gigolo is about—and it doesn’t presume to say what morality is. It’s the first important movie of the decade. By reflecting how we live, by showing how complex it is to learn to love and how moving the very possibility of being able to love is, the movie embarrasses us into recognition. Lawrence O’Toole 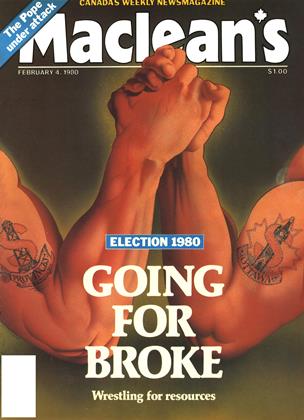