A victim takes on the system William Lowther April 28 1980

It has been just nine months since Rev. Bernard Pagano stood in the dock in an oak-panelled courtroom accused of being the “gentleman bandit.” Police in Wilmington, Delaware, alleged that the devil had gotten into Pagano and that he had committed six armed robberies. The tall, gaunt Roman Catholic priest was identified by a string of witnesses as the polite, almost charming robber who never failed to say “please” and “thank you” as he pointed a small chrome-plated pistol at storekeepers and took their money.

His conviction seemed almost certain until another man—stricken by conscience—suddenly and dramatically confessed to the crimes (Maclean's, Sept. 10, 1979). The police admitted it was a case of mistaken identity, Pagano’s desperate pleas of innocence were at last accepted and the charges against him were dismissed.

But the case had very nearly become a great miscarriage of justice, and in the wake of his release the priest described his ordeal on dozens of radio and television talk shows across the country. He received thousands of letters from other victims of similar mistakes, and that convinced Pagano that there had to be a deep reason for his trial and that something “good” had to come out of it. So early this month he set about forming a national organization to lobby for “justice in the criminal justice system.”

“I hope my organization will have offices in Washington and in all of the states,” the priest told Maclean's. “I know that a great many Americans now get a rough time at the hands of the law. For example, I was originally charged with eight counts of armed robbery. But in the preliminary trial two of the witnesses said that I was not the man, and one of them made a fool of the police evidence. As a result, two counts were dropped.” But, Pagano said, “the court ruled that we couldn’t even mention this in the regular trial, so the jury never knew about it.”

Pagano’s costs in the case came to more than $70,000—the sort of unreasonable price tag on justice that his organization will “try to do something about. The poor, in particular, are victims of injustice.” William Lowther 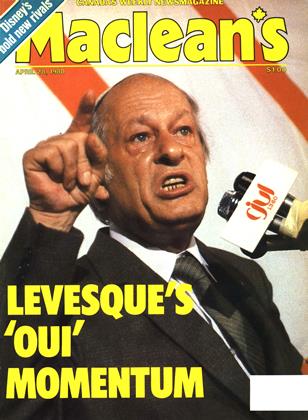