The outcome was not all that flashy but it was much better than a brush-off. In his two-day talks with Soviet leaders in Moscow last week, Helmut Schmidt failed to persuade the Kremlin to withdraw its soldiers from Afghanistan. But he obtained a consolation prize which promised to apply some much-needed ointment to East-West dealings bruised by long months of crisis.

The West German chancellor’s prize, as he reported it to his allies and to parliament in Bonn, was a pledge by Moscow that it would talk with the United States on limiting medium-range nuclear weapons in Europe without continuing to insist that NATO’s current plan to deploy 572 fresh missiles on European soil, starting in 1983, be shelved first. The Soviets also removed another obstacle by telling Schmidt they would parley on Euromissiles without waiting for the U.S. Congress to ratify SALT II.

They did, however, specify that any actual agreement on the missiles would not become effective until SALT II had passed.

The about-face was neither unexpected—Moscow had hinted all along that its stand on the missile issue was not written in stone—nor did it guarantee that eventual talks would cut the atomic arsenal in Europe or reduce tempers in the post-Afghanistan standoff between the superpowers. But it drew a positive response from Washington, where a state department official described it as “quite a fundamental and encouraging shift,” and a pleasedas-punch reaction from NATO bosses in Brussels. They saw it as vindication of

their belief that only a move to update NATO’s arsenal with Pershing II and Cruise missiles in Europe to counter the growing threat from Russian SS-20 rockets could, when coupled with an offer to negotiate, bring Moscow to the table. “It took them six months to come around,” crowed a NATO official—the decision to deploy the new missiles was taken in December-^“but come they

Schmidt, a man seldom given to extravagant reactions, allowed that he was happy with his Moscow results because, he informed the Bundestag, they provided a “chance to avoid an unbridled arms race in Europe.” He may also have been pleased with the effect on the voters he faces this fall in a national election. While the Christian Democratic opposition, spearheaded by rightist Franz Josef Strauss, assailed the visit as “an act of appeasement,” a snap poll conducted by the country’s top television channels showed that 75 per cent of the people questioned termed the outcome as both “highly positive” and a boon to détente.

Be that as it may, the Moscow meeting did much to confirm Schmidt’s status as the Western leader with whom the Soviet Union likes to talk—and not just because on this occasion they had an opportunity to play West Germany

off against the United States. Moscow prides itself on its special relationship with France. But it views President Valéry Giscard d’Estaing—who journeyed to Warsaw to meet with President Leonid Brezhnev in May—as rather a soft touch who lacks any real influence over the other Western powers. Schmidt, on the other hand, is seen as being made of weightier stuff, a man with whom the Soviets can talk bluntly, disagree but also enter into agreements that will be honored.

In using Schmidt to try to break the current deadlock in East-West relations, however, the Kremlin may have miscalculated his willingness to act as mediator with the United States. The West German leader and President Jimmy Carter are still not on the best of terms. When Schmidt was asked in Moscow if he would be “consulting” Carter about his talks, he shot back: “No, not consultation, information.” And he was careful to tell parliament that it was for the superpowers, not West Germany, to take part in arms negotiations.

In bowing out and thus avoiding the risk of being blamed at home for any failure of the initiative that he had set in motion, Schmidt was clearly influenced by two of his current preoccupations: his wish not to increase Washington’s fears that in hobnobbing with the Soviets he is turning his back on Western interests; and also his deep distrust of Carter’s erratic leadership. As the official West German government spokesman Klaus Bolling bluntly put it: “Our role stops here. Whether we’ve produced a breakthrough or a dud depends entirely now on the big boys.” With files from Keith Charles inMoscow 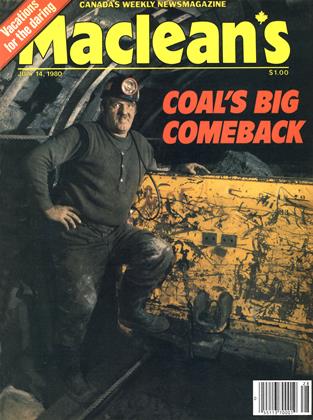