What a tangled web we weave Anthony Whittingham August 4 1980

How was it that Philip Lococo, Niagara Falls, Ont., lawyer, small investor and reputable citizen, got himself into the wretched predicament he’s in today: likely to lose thousands of dollars in the collapse of a small southern Ontario trust company in which he himself was one of the original directors and early shareholders? “Don’t ask me,” he shrugs. “I guess I was conned—and a lot of others along wi£h me. It seemed like that golden opportunity we’re all looking for—to start into something right at the ground flodfr. We had no idea how badly things would go wrong.”

Lococo isn’t alone. Several hundred people across southern Ontario are wondering today what did happen to Astra Trust Company, the Niagara Falls savings and loan institution which took in millions of dollars of deposits during its brief three-year history in six Ontario communities only to find itself seized last week by a court-appointed liquidator. Swarms of accountants and police investigators began combing through its records and statements searching for the evidence of fraud and

theft they say they’re almost sure to find.

“What we have here is an incredible tangle of interlocking financial transactions over a period of several years— probably involving not j ust Astra Trust, but at least a couple of other related companies as well,” explains Jack Biddell, the razor-sharp accountant who, as chairman of Toronto’s Clarkson Company, bankruptcy trustees, has been appointed to wind down the affairs of the company. “At this point, we just don’t know what happened.”

But by last week, within days of his appointment, Biddell was already moving quickly to stitch together the motley rags of the Astra fiasco. This much, at least, is known: that through common ownership and interlocking directorships, Astra was closely linked to two other financial institutions—C & M Financial Consultants Limited and ReMor Investment Management Corp., operators of mortgage investment trusts. These two companies have not only gone the same route as Astra (the former in receivership and the other in bankruptcy), but also, in the case of C & M, criminal charges of fraud and theft have been laid against

three leading company officers. Central figure in this tri-company web was 46year-old Carlo Montemurro, president of all three companies and thus ultimately responsible for what federal officials are calling the first outright collapse of a federally chartered financial institution since the Home Bank in 1923. Montemurro, described by associates as “a brilliant salesman,” cut his teeth early on in securities promotion schemes during a stint as salesman for the notorious IOS empire of stock promoter Bernie Cornfeld in the late 1960s, after forsaking the more sedate challenge of sharing in his family business, a successful eight-store supermarket chain based in Rouyn, Que. How many others along with Montemurro shared the decision-making at C & M, Astra and Re-Mor is what the receivers and police now are trying to determine.

Says chief Ontario Provincial Police investigator Inspector Ralph Smith, head of a five-member anti-rackets squad working full time in Niagara Falls on the Astra and Re-Mor investigations: “At this point, everybody is scurrying for cover.”

Montemurro himself, who on his lawyer’s advice isn’t talking to the press, has told shareholders the blame lies with government regulators for strangling the business. Another associate, Welland lawyer Patrick Luciani, one of the first shareholders and for a time a director of Astra, and, police believe, part owner of various associated companies including a bankrupt condominium project in Spain into which Astra sank $2.4 million, now is claiming he had “nothing to do with Re-Mor,” adding that “Montemurro ran all the companies and had me like a yo-yo on a string.”

The snarled tangle of the Astra affair may take years to resolve, and though most Astra depositors will get their money back under the federal government’s $20,000 insurance protection provided by the Canada Deposit Insurance Corp., the shareholders of Astra, as well as those unlucky enough to have deposited funds in C & M and Re-Mor, probably will not. Many are wondering why federal and provincial regulators didn’t move in to close the operations down sooner. Indeed, one group of ReMor depositors, led by St. Catharines lawyer John Crossingham, says it is planning to bring an action against government authorities for failing to exercise due care in handling the Astra matters. Federal insurance superintendent Richard Humphrys laments that “we moved in on Astra as soon as we became aware of what was going on, but we still couldn’t be there every day. This one got

away on us and it doesn’t make us very happy.” With Astra under federal jurisdiction, while C & M and Re-Mor were controlled by Ontario, part of the problem may have been that the right hand

didn’t know what the left hand was doing-while all the time, if the worst fears turn out to be true, somebody else’s hands may have been merrily dipping into the till. 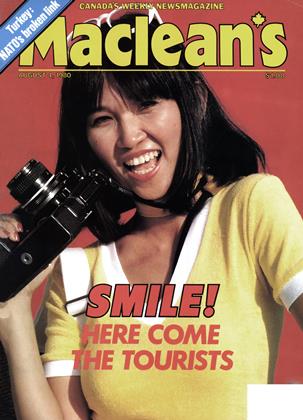