The Svengali image dies hard. Last month, as 170 Ontario physicians, dentists and psychologists attended a three-day training workshop run by the Ontario Society of Clinical Hypnosis, the wife of an anesthetist expressed concern: “I want to know just exactly what my husband is doing.”

The spouse education program, designed to make mates feel comfortable about living with a hypnotist, was a mini-echo of the actual workshop meetings where trainees—who had come to learn how to utilize the technique in their practices—were constantly reas-

sured about being hypnotists. As representatives of the 400-member society prepared to deliver their lectures, they seemed compelled to stress that, as a therapeutic tool, hypnosis is far removed from stage gimmickry. No need to come to the office in flowing robes.

Hypnosis may be moving out of the “magical” and into the mainstream of therapy with applications as diverse as overcoming frigidity, control of bleeding in the operating room and pain cessation for cancer patients—but, as practising hypnotherapists realize to their dismay, the connotation is still occult. This image perhaps lingers the most among medical professionals who are trained to regard as suspect that which cannot be scientifically pinpointed. “Whenever I get a referral, it’s always called ‘relaxation,’ ” says George Matheson, chief psychologist at Toronto’s Etobicoke General Hospital. “And it always means ‘hypnosis.’ ” Although Matheson uses the technique with the knowledge of the hospital staff to help patients prepare for surgery or deal with anything from heart attacks to depression, “doctors don’t always want to write it down and seem to be condoning it,” he says.

The key problem is one of definition. No one knows precisely what hypnosis (from the Greek hypnos, meaning sleep) is, what its limitations are or why it works. What is known is that the trance

is an altered state of consciousness characterized by extreme relaxation and heightened susceptibility to suggestion. And that, despite its name, hypnosis is not “sleep” but a condition of intense alertness during which the mind can focus on those suggestions and will act on them either during the trance, when it is over, or both.

Although hypnotherapists contend that all hypnosis is really self-hypnosis and no one can be made to do something against his will, there are dangers. Getting stuck in a trance is not one of them. The main problem is that there are certain methods of coercion that a knowledgeable and not very nice hypnotic operator can employ. Since the decision-making faculty is not lost while in a trance, one ploy is to simply not let a person know there are decisions to be made. “You might resist my telling you to write me a cheque for $1,000,” says Matheson. “There is a process that says T will’ or T won’t’ do it. But if the decision-making can be momentarily reduced, you might. It won’t be against your will, but it seems more appropriate.”

Which makes hypnotists, according to some members of the Ontario Society of Clinical Hypnosis, possessors of a “dangerous power” to be wielded only by medical-type people with the good of their patients at heart. They are backed by the 1961 Ontario Hypnosis Act—the

only such legislation in Canada—which outlaws stage hypnotism and the practice of hypnosis by anyone who is not a doctor, dentist or psychologist. “You know why,” says one member of the society, very angry because he feels the act is unfair and doesn’t believe doctors have a monopoly on ethics. “It’s because anybody who isn’t a doctor, etc., is an evil, malevolent person who’s going to make you take off your clothes and rape you. In any case, there is a basic impotency in the law. How can you prevent people doing something that they can learn in 10 minutes?”

As well, it may be difficult to prevent the initiate from attempting to achieve the real “miracles” possible through hypnotherapy. Hypnosis is currently being used with great success to treat medical problems ranging from warts to backaches, migraines, arthritis, high blood pressure, peptic ulcers and asthma. One reason doctors worry about its use by non-medics is that, since the technique can be used to control pain, it may mask organic illnesses that should be treated by more orthodox methods. A “tension” headache could in fact be a brain tumor.

But as to the lack of ethics in nonmedical people, that is a problem that seems, to date, to exist in legal terms only in Ontario. “My lawyers tell me that it might be interesting to challenge the Ontario legislation,” says Jack Blackwell, an ex-salesman who for the past decade, with his wife, Gail, has run Alpha Self Development Clinics of Canada, the largest chain of its kind in North America, offering “hypnosis services” at nine outlets in B.C. and Alberta. It is unlikely, however, that Blackwell will bother with Ontario. “We’re doing really well out here.”

Although the Alpha clinics only treat medical problems like migraines with a doctor’s referral, Gail Blackwell has been teaching women to undergo childbirth with hypnosis. “There was absolutely no pain, not even really any discomfort, and complete control over my body,” says Lorraine Barner, now of Kingston, Ont., whose fourth child was born with Gail Blackwell’s help. “Gail turned something that for me had been difficult—the birth of my first child was a horror story—into the most fantastic experience of my life.”

Blackwell’s method—she always works with a doctor and is usually admitted into the delivery room—is to program the patient over several weeks preceding the birth to relax and remove any subconscious resistance to birth contractions. “I tell them to imagine that each contraction is dilating the cervix,” she says, “and that when it’s time to push down, to visualize the baby moving through the birth canal. It’s a very spiritual experience for them— sort of an emotional orgasm.”

For the prospective client or patient interested in trying hypnosis, it really comes down to a guessing game. Sure there are unethical hypnotists—people who hang out a shingle to lure the unwary. Among them may be some doctors—there have been charges against medical practitioners who hypnotized their patients and then slept with them. And there are hypnotists who, like the Blackwells, are non-medical but seem to be responsible practitioners. Even George Matheson admits there is no real way to know. But, he says, smiling: “Physicians, dentists and psychologists are at least professional, if not competent. You can sue them for malpractice.” 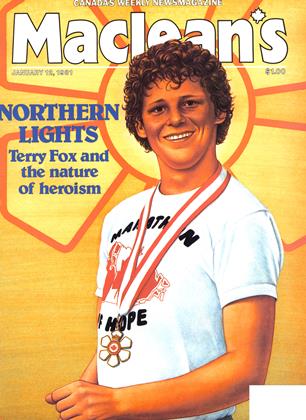