Drummer Jack DeJohnette’s emergence as an important group leader takes a great leap with Tin Can Alley. Although he was the rhythmic driver behind some of the headiest jazz enterprises of the ’60s, from Charles Lloyd’s classic In Russia to Miles Davis’ Live/Evil, DeJohnette chose to turn turtle in the ’70s, working with young players in varied but quite modest settings. Now, the strategy is paying off; the interaction of Tin Can Alley is ideal and the promise of DeJohnette’s eclectic approach is hitting the delivery stage. The title track and Riff Raff are locked-horn duels between saxophonists Chico Freeman and John Purcell, while The Gri Gri Man is a solo percussion experiment which rises to a dense, explosive climax. A rare extended piano piece by DeJohnette, Pastel Rhapsody, displays Special Edition as a great band of colorists as sure with lyricism as they are with wild marauding. The album ends incongruously with a joke-vocal, / Know, a cute bit of footsie with the

Best known as a very funny and often eccentric avant-garde band leader and composer, Carla Bley explains away the smooth anomaly of Social Studies by calling it “my classical album.” Which is misleading nonsense because this is her kitsch record, a display of splendid skill and misplaced passion lavished on

drecky, unfashionable music. The threepart Reactionary Tango could have been concocted as a soundtrack for a Fellini or Bunuel film, where the fascists display their rank brutishness at a nightclub. Utviklinssang is rooted in those perfect, ugly march ballads composed by Ennio Morricone for Clint Eastwood westerns. And Valse Sinistre has the music for a circus trapeze act in its parentage. What is astonishing about Social Studies’ assembled grotesques is that Bley has wrung so much charm from them through her deft arranging and the heartfelt playing of her nine-piece ensemble.

After tutelage as kid companion to harmonica great Sonny Boy Williamson, James Cotton strode into the hallowed halls of the blues and nailed his plaque to the wall as Muddy Waters’ star harp player during the late ’50s and early ’60s. Since 1965, however, Cotton has travelled a journeyman’s route as band leader, producing solid club work and shaky albums. The group assembled for My Foundation has lots of juice but there is not nearly enough of Cotton’s harp, and his voice is far too dry for such demanding classics as Dust My Broom and Killing FLOOR.-BART TESTA 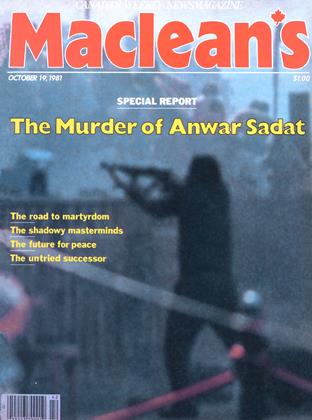