In the past, pregnancy often cost a woman her job. Although women worked during and after the Second World War, many employers still expected pregnant workers to quit their jobs and stay at home. Not until 1978 did women in all provinces except Prince Edward Island have their positions legally protected—albeit without pay—while they took time off to have

babies. But with the postal workers’ recently won benefit—17 weeks’ maternity leave at 93 per cent of salarywomen secured a major gain: getting the employer to ease the financial load of parenting. Predictably, the Canadian Union of Postal Workers’ (CUPW) contract has touched off a storm at the bargaining table.

While some insist that improved benefits are long overdue, others accuse organized labor of “asking for the moon.” Meanwhile, as demands for paid maternity leave spill over into the domain of private business, the owners of many companies, hard-pressed by a sluggish economy, say they can ill afford to foot the bill for a potentially expensive employee benefit. “Our members are wor-

ried because there has been a 50-percent increase in payroll taxes and premiums in the last 10 years,” says Jim Bennett, director of national affairs for the 62,000-member Canadian Federation of Independent Business. “In order to get around another expense [paid maternity leave] some companies in the future might hire men only or automate.” Irrespective of the potential hardship to businesses, an increasing number of unions, bolstered by the CUPW gains, are pressing for the same benefits and more. Only a week after the bitter 42day mail strike ended, Fred Pomeroy, president of the Communications Workers of Canada (CWC) launched his union’s demands: 20 weeks’ paid maternity leave and five days’ paid paternity

leave for 23,000 Bell Canada operators, tradesmen and technicians. While the CWC and Bell wrestle, the leaders of the 270,000-member Canadian Union of Public Employees (CUPE) are putting together a more comprehensive bargaining package for many 1982 contracts: six months’ fully paid leave for mothers, fathers and adoptive parents. The union also wants employers to provide workers with up to 10 days’ paid leave per year to fulfil what it calls “parental obligations”—everything from taking the kids to the doctor to dropping by the local school to meet with teachers.

At present, nine provinces allow for up to 18 weeks off without pay for childbearing. “The legislation is really for job security,” says Don Kehoe, in charge of the Alberta labor ministry’s employment standards education program. Two provinces, however, provide more: Saskatchewan’s Labor Standards Act allows six weeks off without pay for adoption and paternity leave, while Quebec permits two days off, unpaid, for fathers. Under the federal unemployment insurance program, those on maternity leave in all provinces can collect 60 per cent of their salary for 15 weeks, to a maximum of $189 a week.

Those who support paid parental leave argue that parents should not be financially penalized for taking time off work to fulfil the social and family responsibilities surrounding childbearing and adoption. In fact, they can claim an ally in Pope John Paul II. “The true advancement of women requires that labor should be structured in such a way

that women do not have to pay for their advancement by abandoning what is specific to them at the expense of the family,” he wrote in last September’s encyclical On Human Work.

On the opposite side, employers argue that the financial cost of an employee’s decision to give birth or to adopt a child— matters in which only the parents have a say—should not be borne by an outside party, the employer. “If any of our key help got pregnant and left, it would be a totally unmitigated disaster,” says Al Lerner, vice-president of Roadrunner Jeans of Montreal, a nonunionist sportswear importing firm which employs 100 people. “Each person has a responsibility here. We can’t afford to pay people when they’re not working.” Moreover, not all employees are pressing for change. Mary Wright, a 28-year-old financial analyst for the Bank of Nova Scotia, is more than satisfied just to collect unemployment insurance while on an 18-week maternity leave. “Considering that I’m not contributing to the organization, it makes sense not to receive full pay,” she says.

To counter the argument that paid maternity leave is a costly extravagance, unions point to government figures that show only 2.5 per cent of the four million women in Canada’s work force go on maternity leave each year. CUPW, when negotiating with the Treasury Board, calculated that 17 weeks of benefits would cost the post office the equivalent of two cents an hour more for each of its 23,000 members, given the fact that only 239 members took maternity leave last year. The union leaders point out that all the post office pays is roughly 42 per cent, which equals the difference between what a postal worker receives in unemployment insurance benefits and 93 per cent of salary.

Others defend the scheme by citing superior provisions in Europe. Swedish employers pay either parent who decides to take time off 90 per cent of his or her salary for up to nine months, while West German companies pay 100 per cent for 14 weeks; Italian firms pay 80 per cent of salary for 20 weeks. “I think it’s a red herring to say we can’t afford paid maternity leave in Canada,” says Bill Howes, a national representative for the cwc. “If Sweden, Germany and Italy can afford it, why can’t we?”

Although most union leaders now striving for improved family-related benefits feel Canada’s labor legislation is sadly lacking, one labor spokesman takes comfort in the fact that the picture is gradually changing. “Up until the mid-’60s, some working women who became pregnant had to quit their jobs,” recalls Jane Stinson, a CUPE information officer. “Fortunately, that’s no longer so.” t;£? 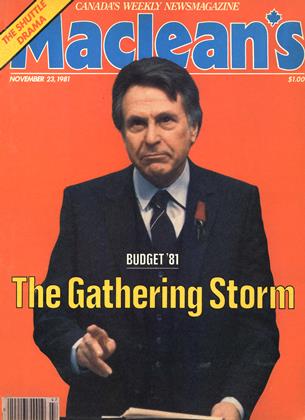