Visitors to Madrid late last week might well have felt that a time warp had transported them back to the 1930s. Forests of arms were raised in the fascist salute. Arrogant young men with their short hair slicked back decked themselves in militarystyle uniforms, and pretty blue-shirted girls from bourgeois families chanted slogans about honor and the fatherland. There were impassioned speeches demanding that Spain be saved from the dreaded rojos (the Reds), and a mass rally on Sunday where, amid the nostalgia for the good old days of dictatorship, there were enough swastikas in evidence to gladden the heart of any beerhall demagogue. Nine months after right wingers nearly destroyed the infant Spanish democracy, sympathizers with the golpistas (coup plotters) exploited the sixth anniversary of Gen. Francisco Franco’s death to whip up a frenzy of extremist fervor.

There were other signs of growing nostalgia for the old days of dictatorship, as well. In the corridors of the Cortes (parliament) there were suggestions that Col. Antonio Tejero Molina, who held deputies at gunpoint on Feb. 23, may never come to trial. Not without reason, the government fears that the Francoists could use such a hearing to put democracy itself on trial. With their confidence buoyed by the 23-F incident (as it has been dubbed), ultra-rightists have mounted a campaign of denigration aimed at the politicians who are hamstrung by haggling in parliament. At the same time, the rightists blame democracy for inflation and rising unemployment. For its part, the ruling Democratic Centre Party has played into their hands through vicious internal squabbling, and ex-premier Adolfo Suárez is on the brink of quitting the party in disgust. And although the gov-

ernment has dismissed rumors of another coup attempt, King Juan Carlos has become alarmed at the intra-party battles. As he did in February, the king last week warned that, if respect for democracy is to be preserved, politicians must be “resolute and dynamic.”

Meanwhile, some observers in Madrid suggest a new potential strongman may be about to emerge. He is Gen. Jesus González del Yerro, the shrewd, forceful commander of the Canary Islands who might become defence minister in a cabinet shuffle that is expected soon. Most members of the military hierarchy are die-hard Francoists, and the promotion of del Yerro—military sources describe him as “dangerous, tough and very ambitious”—would confirm a disturbing swing to the right. By accident or design, Prime Minister Leopoldo CalvoSotelo has refrained from purging reactionary elements since 23-F. “The military respects strong command. But it has been allowed to go its own way and just laugh at the defence minister,” commented one army captain about Defence Minister Alberto Oliart. His isola-

That mistake was swiftly remedied. But then the general’s son, a captain, escaped with a minimum sentence after he had publicly denigrated the king, who many officers feel has betrayed the ideals of Francoism. In contrast, a journalist was jailed last week for seven years for “professional negligence.” His offence: he named two men as rightwing fanatics, and they were later gunned down by Basque separatists. In this climate, true democracy can barely function. And even if the Socialists, led by Felipe González, were to win an election, it is doubtful that they would be allowed to govern.

But rumors of another coup may miss the mark. As a young left-wing lawyer pointed out: “In a sense the coup has already happened, as recent events indicate. The Francoists still hold leading positions in the judiciary, the police, the army, the government itself. And since the February attempt they are showing their true colors.” -DAVID BAIRD 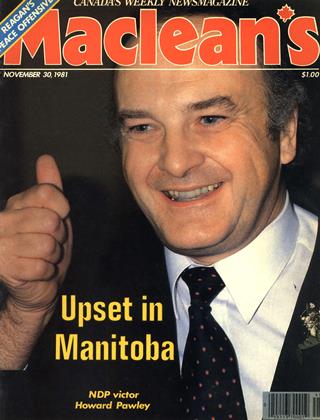