As the weary men in the Kremlin agonize over their next move in Poland, they must look with envy at the speed with which, almost unopposed, the Reagan administration is restoring United States hegemony over the little states of Latin America. Despite a short-lived hue and cry in the American press, the opposition in El Salvador now finds itself without many of the powerful friends in the West who have helped to sustain its prolonged struggle against dictatorship, while already there are unmistakable signs that U.S. Secretary of State Alexander Haig is moving on to his next target: Nicaragua.

The recent U.S. success over El Salvador has had much to do with the differing diplomatic priorities of the Western allies, which the U.S. has exploited cleverly. West Germany, for example, one of the leading financial backers of the El Salvador opposition, last month was persuaded to drop a plan to host secret talks between President José Napoleón Duarte and the leader of the opposition front, Guillermo Manuel Hungo. Days later, when West German Foreign Minister Hans-Dietrich Genscher visited Washington, there was warm support from Haig for an East-West summit and for talks on reduction of theatre nuclear weapons in Europe, both subjects of vital concern to the hard-pressed government of Chancellor Helmut Schmidt. There has also been heavy pressure on the American Roman Catholic hierarchy to drop its support for the Salvadoran opposition and, when that failed, the authority of the Vatican was enlisted. Then there have been the direct interventions in the form of increased military and economic aid, the sending of advisers and, it now appears, the shipping back to El Salvador of as many as 2,000 refugees, each one carefully docketed so the death squads would know exactly whom to mutilate and murder.

It is the lack of information about events in El Salvador, however, that has been critical in creating the climate for such manoeuvering. No fewer than five members of the international press corps have disappeared or been murdered in El Salvador itself during the past year. Thus many correspondents are afraid to go there while others are afraid to go back. In Washington, the state department has presented a highly selective version of events at the behest first of the Carter, then of the Reagan, administration. Thus the junta is still fixed in many minds as the same moderate, shy, retiring creature that the U.S. helped into the limelight on General Carlos Romero’s departure 18 months ago. In fact, it is a beast red in tooth and claw with the blood, says Amnesty International, of 12,000 opponents. As with the junta, so with Soviet and Cuban military aidestimates of guerrilla arms have been “manufactured” to meet official policy requirements, according to former U.S. ambassador to El Salvador Robert White. In fact, the major recent source of the guerrillas’ arms is Costa Rica, the Sandinistas’ arsenal during the overthrow of Nicaraguan dictator Anastasio Somoza. The Reagan administration knows this but has suppressed the knowledge because Costa Rica, whose reputation as Latin America’s model democracy cloaks more recent, strongly conservative trends in its government, is a useful ally in another aspect of policy toward El Salvador: the promotion of the dubious claims of José Napoleón Duarte as a “democratic” leader.

In addition, it seems, Washington wishes to create a hostile climate of opinion toward Nicaragua and it may have strong reasons, dislike for leftist experiments apart, for wishing to see the Sandinista revolutionary government replaced by one that is more compliant. Nicaragua is the only Latin American country in recent years to have succeeded in overthrowing a U.S.backed dictatorship and as such offers a model for other client states that is clearly contrary to American interests. Moreover, unlike Cuba, which has powerful support from the Soviet Union, the Sandinista government has no champion. It receives limited aid from countries with a wide range of political affiliations— West Germany, Mexico and Cuba—but its people are still impoverished as they struggle to rebuild a country ravaged by ¡¿civil war.

Nicaragua, therefore, is a ^country ripe for destabiliza|tion and, with the establishment of a diplomatic cordon sanitaire around El Salvador, there are clear signs that some such process is in progress. The U.S. has suspended food aid. And while Haig mounts an unsubstantiated verbal offensive against Nicaragua as lost to communism, presenting its attempts to establish a citizens’ force to defend itself as an aggressive act, former Somoza National Guards are reported training in Florida and stepping up border incursions from neighboring Honduras.

That country played a pivotal role in U.S. attempts to prop up the Salvadoran junta, providing the launch pad for the helicopters used in anti-guerrilla sorties along the border. Its troops were responsible for the Sumpul River massacre when 600 fleeing Salvadoran peasants were shot down. Now there are reports that mercenaries are being recruited in Honduras—who’s paying the bill for that?—for operations against Nicaragua.

So our democracy is debauched, for it is the elementary freedoms, not a Soviet-Cuban take-over, that are at stake in Latin America. So, too, are the seeds being laid for the next generation of fighting between democrats and dictators. As for the men in the Kremlin—they may well conclude that the West has forfeited any moral grounds for opposing the reimposition of their hegemony in Poland. 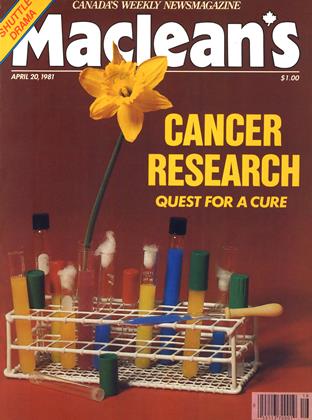