THIS IS ELVIS Directed by Malcolm Leo and Andrew Solt

Listening to an Elvis Presley record is, for a great number of people, every bit as good as a needed drink or a friendly long-distance call. This Is Elvis, a documentary with a few re-created sequences, is the kind of sweet-minded and sentimental compilation an adoring fan might put together. It is not an especially deep look, but that doesn’t stop it from being affecting. The old images, some of them quite rare, have been culled from early TV, press conferences, performances, film clips and home movies. The Presley phenomenon has taken on an added human dimension in This Is Elvis through narrative continuity.

It is something of a shock to see the ingenuous Mississippi boy change over the years into an overweight performer propped up by pills; but it is something of a j oy to watch him also being propped up by sheer will to survive and entertain. Elvis was a consummate performer—a genuine giver who, when warmed by a crowd, lit up from within. His charisma (an eagerness to please and a shy, modest smile) spread around the world and had the unifying force of laughter. His comeback in the late ’60s, with Vegas spangles and capes and all, was the true test of the frenzy and loyalty he inspired. Most of all, This Is Elvis pays tribute to an outsized gift and the healing power it had for others.

The most involving point of interest in the movie is the furore caused at the beginning by his performing style. Considered dangerously vulgar (he was heavily influenced by black music), he was denounced. It left him uncomprehending and despondent. The stentorian, unforgiving fundamentalist groups of today would deny the same pleasures Elvis handed out like a careless philanthropist. In recounting the phenomenon involving millions, This Is Elvis shows that acquiring pleasure is one of the most exhilarating forms of democracy. 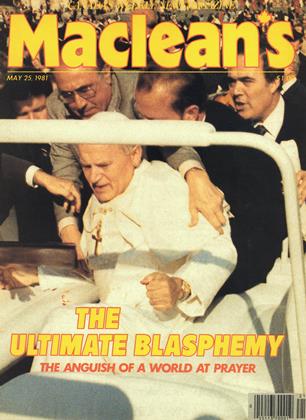