It was a bobbing picket line. Strung across the mouth of Victoria Harbor late last week, about 100 angry Pacific troll fishermen and their boats disrupted both ship and floatplane traffic to protest against conservation moves that have restricted their livelihood. Even the start of the sleek and prestigious 450-yacht Swiftsure race was threatened by the buzzing boats until the fishermen relented following allday meetings Friday.

Source of the tempest is a chaotic West Coast fishing climate and desperately low salmon stocks. The ad hoc group of militants in Victoria Harbor was born in April in response to federal Fisheries Minister Roméo LeBlanc’s February regulations that slashed the trollers’ fishing season by six weeks, limited the number of baited fishing lines that can be trailed from the little ships to six and demanded that morechancy barbless hooks be used. Trollers are the 1,400-member elite of the almost 8,000-boat West Coast fleet, catching only the best grades of salmon. When the 150-member Pacific Trollers’ Association swallowed the LeBlanc restrictions, the militants rebelled and formed the United Trollers, led by skipper Conrad Plensky. “We didn’t want to do this,” said Plensky last week. “But it’s not just our future that’s at stake, it’s the economic future of small West Coast communities [that support the troller fleet] as well.” Plensky, who shells out $500 a day just to operate his 18-metre $650,000 troller Ocean Banker, claims the new regulations will sink the beleaguered troller fleet in a sea of red ink. After three years of boom conditions, last year’s disastrous lack of fish and this summer’s equally grim outlook have heavily mortgaged fish boat owners terrified. One Victoria bank holding mortgages on 45 boats figures as many as 90 per cent are unable to meet interest payments.

At the root is the criticial problem of too many fish boats chasing too few fish. Saying over-fishing will destroy the resource, Le Blanc has been adamant about retaining the troller restrictions. However, the United Trollers are furious at LeBlanc’s easing of gear and access prohibitions for B.C.’s estimated 100,000 fishing hobbyists following fierce lobbying last month. Said bitter blockader Ivan Adam last week: “We probably wouldn’t be here at all if he hadn’t knuckled under to the sports fishing industry, but they have more votes than we do.”

Many observers hope some peace can be restored to the Wild West disorder of the West Coast fishery by the recommendations of the ongoing Pacific fisheries inquiry conducted by University of British Columbia economist Peter Pearse. Until then, however, there will likely be more protests. For now the United Trollers are content. At week’s end, Conrad Plensky said, “We’ve brought unity to the troller fleet and drawn national attention to our cause.” And the ragtag trollers turned and chugged out of Victoria Harbor, in search of vanishing salmon. 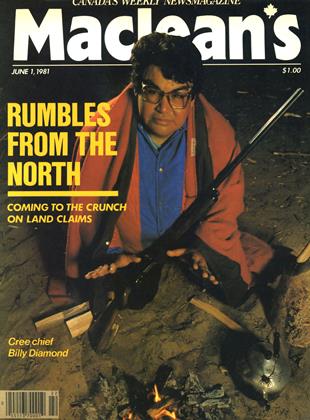