Amid the confusion following the hostage-taking in Barcelona’s Banco Central, the conviction was growing in Spain last week that the country’s short-lived experiment in democracy was drawing to a close. The trappings—a somewhat bullet-scarred parliament, a press not all of which yet practises self-censorship, trade unions—remained. But the talk was about “when,” not “if,” a coup would take place. The favored dates: June 24, the feast of St. John, patron saint of King Juan Carlos, and, inevitably, July 18, the anniversary of former dictator Francisco Franco’s 1936 rising.

Such views may be alarmist. But the current spate of rumor, the general uncertainty and above all the constant terrorist outrages (there are provocations of one kind or another every day) have created an atmosphere that plays into the hands of those who pulled the strings behind the Feb. 23 coup attempt. Says Luis Otero, an officer expelled from the army for his radical views: “There appears to be a campaign to prepare people for a coup.” Others argue that a de facto coup is already in the making. Says one prominent Catalan banker: “There is a great worry that the democratic institutions will merely become a facade, that the important decisions will be taken elsewhere.” A right-wing member, Antonio Carro, suggested in parliament last week that that stage may already have been reached. “Here we are not legislating, and a sovereign body which confines itself to complaining only reveals its impotence,” he claimed.

Carro went on to eulogize the “unfaded honor” and “proven valor” of the paramilitary Civil Guards, 280 of whom in February held the deputies at gunpoint for 18 hours. The guards are widely suspected of having a hand in the Barcelona siege. At first, 27 men were said to be holding the hostages. But amid general incredulity, police arrested only nine “delinquents and sometime anarchists,” who, it emerged later, had also constructed a tunnel in order to plant a bomb on May 31 beneath a military parade attended by Juan Carlos, whose firm stand blocked the February plot. Prime Minister Leopoldo Calvo Sotelo told parliament that a mysterious ultrarightist had financed the bank job, but he could not explain who was behind it, and it was left to Socialist leader Felipe González to voice the conclusion in most people’s minds: “There is a premeditated plan to sink democracy.”

Indeed, events bear a chilling similarity to those preceding the 1936 coup. Franco came to power six years after dictator Primo de Rivera gave way to reform-minded but generally ineffectual governments. It is 5V2 years since Franco died. Though violence has reached nothing like the level of the 1930s, there is the same spiral of extremist violence now as then. Rightist youths demonstrate with fascist salutes, and nowhere is the nostalgia for the past stronger than in the military, which, as it did in the 1930s, feels it has a sacred duty to protect “la patria” (the motherland) against permissiveness, “red” subversion and all the evils brought about by the despised politicians. The foundations of democracy are the weaker for the fact that a surprising number of the ruling Democratic Centre party only emerged as “democrats” after Franco’s demise. The neofascist Fuerza Nueva (New Force) has only one parliamentary representative, but squads of blue-shirted fanatics at its call. According to a statement by February coup protagonist Col. Antonio Tejero Molina, all but two of Spain’s regional military commanders were sympathetic to the plot. Thirty officers have been arrested but, interestingly in view of last week’s events, most of the Civil Guards involved have been released. And the government is divided over the wisdom of bringing the accused to trial, both for fear of providing them with a platform and of the possible reaction of the military.

While Calvo Sotelo has been reduced to pushing for speedy membership in NATO, hoping to give the military something else to think about, the process of regional autonomy, condemned by some army brass as sabotaging national unity, has been slowed. To placate the military further, troops have been sent into the Basque country and left-wing parties have meekly accepted tough new anti-terrorist measures. A clause permitting the closure of papers encouraging rebellion or terrorism—aimed at the rabble-rousing rightist daily El Alcázar and the Basque ETA mouthpiece Egin—could only too easily be turned against the press in general.

After the February coup attempt, one survey showed that only four per cent of Spaniards wanted it to succeed. But, disillusioned with political intrigue, 15per-cent inflation and unemployment rising to 1.7 million, many of Spain’s 37.5 million people are ready to believe the claim that “things were better under Franco.” Moreover, Spaniards, much more affluent than their nearstarving forebears in 1936, are unlikely to be prepared to martyr themselves before the guns of Tejero and his ilk. Calvo Sotelo and his team have to thread their way through a minefield of apathy and fanaticism. The prime minister knows the price of failure: the assassination of his uncle José on July 13,1936, helped to spark the bloody civil war. But others’ memories in comparison seem ominously short. 0 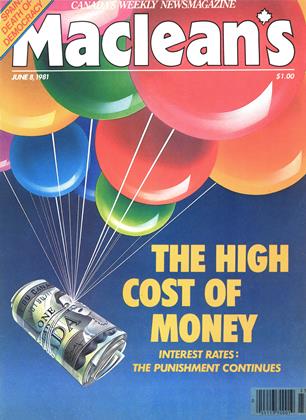