It was clearly not a play to appeal to Aunt Edna, the mythical middlebrow theatregoer whom the late Terence Rattigan believed ruled the British box-office. But if Britain’s state-subsidized National Theatre can afford to be more adventurous than the impresarios of Shaftesbury Avenue, it was still taking a calculated gamble last fall when it chose Howard Brenton’s The Romans In Britain for a repertory season.

The play, a fiercely anti-colonial work drawing open parallels between the Roman occupation and the presence of British troops in Ulster, was expected to draw political blood. But a key scene featured an explicit portrayal of homosexual rape, and it was this that last week resulted in the play’s director, Michael Bogdanov, being committed for trial at London’s Old Bailey court. The case, due in the fall, promises to be the most colorful encounter between the law and the arts since Penguin Books successfully called on Britain’s literary establishment to defend D.H. Lawrence’s Lady Chatterley’s Lover against a charge of obscenity in 1961.

Bogdanov, 42, will be tried on a charge of procuring an act of gross indecency between the two actors, Greg Hicks and Peter Sproule, who play a brutal Roman soldier and the naked druid he assaults. Ironically, Bogdanov could not have been prosecuted under the section of the Sexual Offences Act under which the charge was brought had he been a woman, or had the rape involved a woman. But as it is he could be jailed for two years.

The prosecution chalks up another

dubious distinction for former school teacher Mary Whitehouse, 71, the relentless self-appointed scourge of Britain’s permissive society. In the 16 years since she formed her National Viewers’ and Listeners’ Association with the aim of purifying the airwaves, the formidably bespectacled Whitehouse has advanced from the status of a national joke to something like a national institution and even managed to invoke an ancient blasphemy law against the editor of Gay News, who received a jail sentence for publishing a poem about Christ and the thoughts of a homosexual soldier, again a Roman.

Whitehouse did not sully her own sensibilities by seeing The Romans In Britain, assigning this unpalatable task to her solicitor, Graham Ross-Cornes, who claimed in the preliminary court proceedings that the 30-second scene would have been an offence if performed in the street and “I see no difference if it takes place on the stage of the National Theatre.” Lord Hutchinson, for the defence, warned of the dangers of attempted censorship. But the magistrate, Kenneth Harington, ruled there was a prima facie case. It was, he admitted, a difficult and illogical situation, but while it might be absurd that Bogdanov would have had no case to answer had he been a woman, ‘T must interpret the law as it stands.” 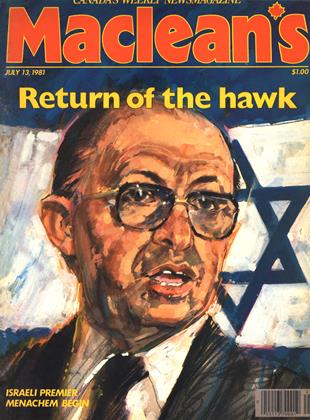