Brother, you can spare a dime MALCOLM GRAY September 21 1981

Making sure able-bodied layabouts aren’t living off the public purse has always been something of an obsession with B.C.’s Social Credit government. Six years ago, Bill Vander Zalm, then the human resources minister, considered issuing shovels to his clients. Grace McCarthy, the current minister responsible for the $291.6million annual income assistance program, favors different tools. Beginning next month, welfare recipients considered able to work will find cuts in their monthly cheques. Under the new rules single people and couples under 60 will get welfare for just one month at a time. If they don’t reapply they will be automatically cut off. Families get a slightly better break: they have four months to go before cut-off. “The new policies don’t affect those people who cannot work, but emphasize that ongoing income assistance is not an option for people who can work,” says McCarthy.

Perhaps. But critics in her ministry, fearing a mountain of paperwork as cases revolve month by month, are saying the new standards are too broadly worded. Meanwhile, some 28,700 of the province’s 64,000 recipients could be

considered employable under the new regulations. However, the handicapped, those over 60 and single parents with a child under six months (or a child with a handicap) will not be pressured to get a job. As for the rest, unless they have a good reason for not working it will be a case of find a job or reapply over and over. “It’s going to be a disaster,” says Libby Davies, a worker with a community group in the run-down east side of the city. “There are 3,000 men down here [on skid road] who might be considered eligible for work under these rules, but they have no education, poor health and many haven’t worked for years. Who would hire them?”

For their part, employables will not be eligible for a recent cost-of-living increase in welfare rates, and a single recipient will remain at $320 a month indefinitely. Still, McCarthy is offering some help to single parents with young children by supplying $750,000 to help establish new day-care facilities. Says Davies: “It’s not enough. Most day-care centres have long waiting lists now.” Gwen Moncrieff, for example, is the 29year-old single parent of a 19-monthold son and draws $595 a month in welfare. Classified as employable, she will now be cut back by $55 a month—and her one-bedroom apartment costs her $350. “This means I’m going to lose one week’s grocery money every month,” she laments. “I don’t have any skills to fall back on, there are no spaces available in day care.”

Against the current of popular belief, the ministry’s research shows that few people want to stay on welfare. Figures indicate that 63 per cent of single recipients are off the rolls within two months of getting assistance, and McCarthy steadfastly maintains that the new policy is aimed only at the stubborn few who prefer to feed at the public trough. Unless that group can be clearly singled out, however, McCarthy may wish she had never read the statistics. MALCOLM GRAY 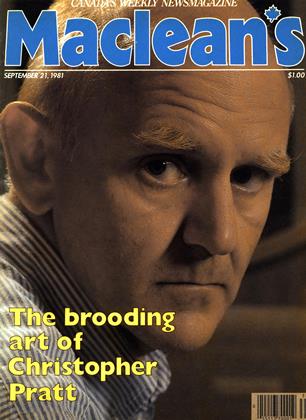