The manners of a machine IAN BROWN January 11 1982

The time is upon us when those who haven’t learned something about computers will be left hopelessly behind. For those wishing to ward off this fate, the best protection is still that antiquated form of software, a good book, such as The Computer Establishment, one of the best studies yet published about the madhouse of today’s computer industry. New Yorkbased journalist Katharine Davis Fishman worked on her book for about 10 years, a decade which allowed her to see how little the industry’s advances in technology had been matched in other, possibly more important, areas. In the end, sheer faith in a monolithic “power - reinforcing technology” has endured.

Fishman dishes out the history of the Nofth American computer industry from its beginnings in the 1920s to the present, which by definition is largely the history of IBM’s domination (and, if the rage of antitrust suits pending against the company is any indication, of its alleged efforts to quash competition as well). Here, in Fishman’s calm, sweatless prose, is the alternately fascinating and revolting story of a company founded in 1923 by Thomas Watson (who was criminally indicted for antitrust activities in 1912) and maintained by his son until the early 1970s. Tom Jr. continued to ram to the hilt his father’s look sharp, feel sharp, be sharp, fileyour-head-to-a-point management techniques, including IBM’s dress and no-drinking codes which persist to this day. Clearly, IBM isn’t a corporation: it’s a marching state of mind.

The products of this state of mind, challenged but still preserved by today’s microcomputer manufacturers and IBM’s smaller competitors, now reach into the most private preserves of society. Home information systems interconnect through central exchanges

to electronic banking complexes. Factory workers find themselves under computer surveillance, and robots threaten their jobs. Doctors are beginning to computerize confidential medical records while offering something called “soliloquy service,” which encourages patients to babble away when a computer asks such questions as “Have you been feeling sad or down in the dumps?” A number of doctors and most computer experts are all for such programs; others believe a computer has no ethical place replacing specifically human functions.

What makes The Computer Establishment unique is Fishman’s unfailing fairness in the middle of such technical and moral debates. Whether it’s the merits of a Stanford University program called MYCIN, which identifies and treats bacterial infections but also lets doctors off the diagnostic hook, or the spectre of a deregulated AT&T clambering into bed with IBM to create the most powerful information monopoly ever conceived, Fishman 5 writes evenly, i Wisely, she is no ¡Luddite: her objecÏ tion is not to technology itself, for I “the day will come I when computers lean do just about anything we want them to.’’The issue is always people, the hubris of the computer establishment. She warns not of a conspiracy, but of a group of likeminded technocrats which has fallen prey to its own faith in technology. The rest of us are cautioned not to do the same: “technology ought not to be applied by people who believe that the scientist’s way of observing the world is more serious than the poet’s.” Before the computer establishment learns a complete set of manners, the general public will have to understand its mores. “Man is in control,” Fishman concludes, “and lay man must not abdicate that control to an aristocracy of experts. It is our responsibility to keep our hands on the button, because we are going to get what we deserve.” 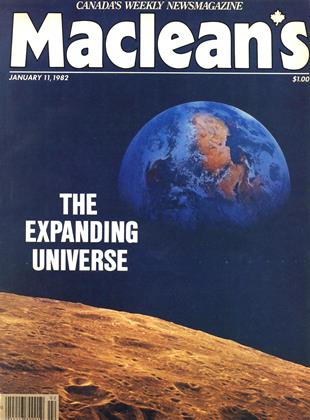