The Dark Crystal is a delightful surprise. Every few minutes something new pops up in this sweet and imaginative fantasy conclotted by the creators of the Moppets. The charm of the television puppets has somewhat palled from overexposure. However, the creatures of The Dark Crystal&mash;mechanically and electroniccalmly manipulated puppets&mash;are much more varied and subtle in the way they look, speak and move than their porcine and lily-pad confrères.

At first, The Dark Crystal is tough going. A clumsy narration sets up the skeleton of an overly familiar quest tale. Ages ago, the dark crystal itself was rent apart and its harnessed power came into the control of the Skeksis. The Skeksis almost wiped out the Gelflings, only one of whom, Jen, was thought to be alive until he met Kira. Jen has been brought up by the Mystics, pacifists all; Kira by the Podlings, a group of hearty peasants who live underground and look like potatoes with smiles. A new conjunction is imminent in the heavens, at which time the world will remain subjugated by the

Skeksis unless Jen returns a shard to the crystal.

The twists of plot in this movie do not matter as much as the twists of physiognomy. The creatures are amazingly lithe in their mobility and soon assume a life of their own denied to the more ordinary forms of puppetry. But their faces—and their characters—are Jim Henson’s and Frank Oz’s greatest achievements. The most successful group is the Skeksis—vicious, mean, cunning—with their long, dripping snouts and snaggled teeth. Dressed like reptilian versions of Dickens’ Miss Havisham, they parade around attempting daintiness with their heavy, webbed feet. The Skeksis are incredibly vainreminiscent of the ugly stepsisters from Cinderella—and they whine away in gargled, old-maid voices. (There is a hilarious scene in which they eat and try to be delicate about it but give in to baser instincts and dine like pigs.)

The Garthim, with their pitch-black metallic exteriors—a cross between spiders and octopuses—are in the service of the Skeksis. The Podlings and the Mystics have larger but softer snouts and move about with a meek demeanor. The most enjoyable creature is Aughra, an ancient seeress with a mass of grey

hair adorned by ram’s horns, who is given a wonderful voice by Billie Whitelaw. Aughra is devised and played as a cantankerous old bag who is not to be kidded. She has one eye, which can still see after she takes it out and places it in her hand; she has two enormous breasts she carries around like shopping bags; and she has no patience with anyone.

While children should be entranced by this movie, they likely will be more than a little scared, too. The scenes of cute Jen and Kira being sundered, or of the Podlings being massacred, may strike some children as horrible, like Dumbo being taken away from his mother or Bambi’s mother dying. Remarkably (for a children’s film), The Dark Crystal's ending does not feature the standard victory over evil but combines the two instead.

Despite the cheap special effects toward the end, the debilitating narration of the beginning and an ersatz John Williams score, The Dark Crystal mates triumphant technology with humor and soul. In fact, The Dark Crystal may also be a step toward the first feminist fantasy movie: when Jen, taken aback, sees Kira fly, he says, “I don’t have wings.” She replies: “Of course not! You’re a boy!” -LAWRENCE O’TOOLE 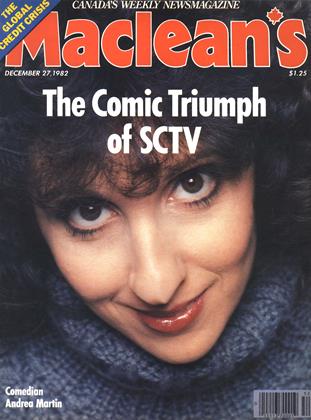