In a controversial move earlier this month the International Monetary Fund approved a $1.1-billion loan to South Africa. The loan had been strongly opposed by Third World nations that object to South Africa’s apartheid policies. But the weight of a country ’s vote within the IMF is determined

by its economic strength, and many of the more economically powerful Western nations, including Canada and the United States, supported the loan. Such a form of international approval helps buoy the regime of Prime Minister Pieter Botha, according to Donald Woods, a former South African newspaper editor. Woods, 1+8, who now lives in London,

England, was subject to a “banning” order by the South African government five years ago; it forbade him to write anything, including a diary, and made him a constant target of police surveillance. He was recently in Ottawa trying to persuade the Canadian government to take a more critical stand against South Africa.

Maclean’s senior writer Linda McQuaig spoke with him there.

Maclean’s: Just how important is this IMF loan to South Africa?

Woods: For the past -

three years South Africa has been borrowing money it doesn’t need—tactical borrowing in order to create a situation by which countries in the West would feel they had a stake in its stability; so they would feel that the boat should not be rocked too much if they want to get their interest. Now, ironically, South Africa needs $1 billion, and the IMF loan was approved because, whatever other faults South Africa has, it is a good cash-paying customer.

Maclean’s: Is this loan really crucial to South Africa?

Woods: Not at all. In fact, all sorts of boycotts are not going to bring the regime down because South Africa’s economy is very strong. It is a wealthy country. But the power of boycotts lies in the psychological impact. South Africa is a country where the impact of rejection is enormous. It desperately wants to be acceptable and, when sports teams boycott it or companies divest themselves

of their South African interests, it has an enormous psychological impact. Remember, there are 20 million blacks to five million whites, and when the blacks read that a loan has been turned down, it lifts their morale. It also makes the whites feel that what they are doing to the blacks is severely disapproved of, and no one really likes being severely disapproved of.

Maclean’s: Of course, in the past few years, the South African government has been trying to convince the world that it is interested in liberal reform. Is there any truth to this?

Woods: On the surface,the South African government has liberalized some of its policies. It is now allowing blacks into the top restaurants, hotels, some of the beaches (not all of them) and sports stadiums. But this is a superficial concession because, in fact, fewer than one per cent of the blacks can afford to go to those places. The greater reality lies in the fact that the repressive laws have been intensified over the past four years while these so-called reforms have been taking place. A number of acts have been introduced. There are 317 apartheid laws. The racial law, known as the Apartheid Policy, governs black lives from cradle to grave. This, first of all, withholds the vote from every single black and determines where blacks may live, what work they may do, whom they may marry and their education. Every aspect of life is governed by the apartheid law. Now, in allowing concessions to a very small minority for the sake of appearing to be more reasonable to the world, they are tightening the screws further on the black people. For example, they have been moving more people under their “removal scheme,” which is a euphemism for forced mass migration from the white-zoned cities to the black “homelands.” They have now moved four million people, which, I think, is the highest number of people moved forcibly since the Hitler era.

Maclean’s: How do they achieve that movement? Is it by enacting laws? Woods: Yes. It is done under police supervision. They move into a village like Crossroads, which is a squatters’ settlement outside Cape Town where “illegal” blacks lived—blacks who had come to seek work in the white city, got work, and sneaked their families along to live with them (their families are not supposed to live with them). The government comes around with police and with guns and says, “The women and children must go back to the homelands.” Now, the word “back” is deceptive because some of these women and children have never seen the homeland. There are occasions on which black families have lived in the Johannesburg area for two or three generations and then a law decrees that they are actually citizens of KwaZulu or the Transkei, which they have never seen. They are put on a train and sent 700 miles away where there is no industry, no work, no money, no food. Sometimes all they have is some water. I have seen some of these resettlement camps, and they are pathetic. So, in the midst of all the so-called reform, the government is tightening the laws. In the past four years they have stripped citizenship rights from more than one million blacks on the pretext that these rights may be exercised within the homeland. Therefore, the fiction is that South Africa must eventually have no black citizens at all.

Maclean’s: The government recently announced that it is considering altering the pass laws. What difference would those changes make?

Woods: This was one of the government’s most iniquitous deceptions. The government told the world press that it was reforming the pass laws but what it was actually doing was tightening them up. The government was saying that, from now on, fewer blacks would need passes, but this was simply because it stepped up the number of deportations to the homelands. It is a government that is notorious for its use of euphe-

Maclean’s: Have the proposed changes in the pass laws not been shelved?

Woods: These things are always shelved. You might remember that, four years ago, just after Pieter Botha became prime minister, he said,

“I am considering reviewing the Morality Act.” This is the law that governs sex or marriage between people of different races. Following his announcement, the newspapers of the free world all had headlines Such as, BOTHA SPEAKS OF DITCHING SEX LAW.

The government picked up lots of mileage on the so-called new initiative.

misms to cloak really dreadful acts. For instance, the law that segregated universities was called the Extension of University Education Act.

Woods: Yes. The Western press is well served by its correspondents in South Africa. But what is not realized is that the news that comes out of South Africa is controlled, in a way, by the fact that there are large areas of South Africa where journalists aren’t allowed to go. The government also concentrates on discreet lobbying. Foreign legislators will be taken out to restaurants and they will be told: “Well, you know, we have to somehow dismantle apartheid § but we need the patience of our friends. We need the support and we need the investment”—when, in reality, the gov£ ernment has no intention of signifi-

tional) party congress and said that he has considered reviewing this but has decided not to. That didn’t get the headlines the first statement did. Maclean’s: Yet the Western press is generally critical of South Africa. cantly reforming apartheid. What it is doing is militarizing the country in preparation for the final showdown.

Maclean’s: A showdown with the blacks?

Woods: Yes. In the past two years the country has become incredibly militarized. The laws have been shaped with emphasis on military authority. Military men have been put into positions of great influence in a number of government bodies and commissions, and the white males have been told they are subject to military call-up up to the age of 65. Conscription has been intensified. So has the military training. Weapons have been multiplied. The tragedy is

that the blacks also are arming, and it is very hard to imagine a conflict being avoided.

Maclean’s: How well armed are the blacks?

Woods: This is not known and it is something the South African government does its best to suppress from the media because it wants to project an image of white power, of military power. It doesn’t want the television screens of the West to be filled with pictures of blacks training with good weapons, and, of course, the black guerrilla movements, for security reasons, don’t want this either. So, what you are getting is an exaggerated impression of white power.

Maclean’s: There have been instances of sabotage reported in the Western press. Woods: There have been many. But I guess that only about 10 per cent of the incidents have been reported in the South African press and consequently in the press overseas. Acts of sabotage are taking place in most of the cities and in some of the rural areas. For example, in the city I come from, the coastal city of East London, during two months in 1980 there were 35 acts of sabotage, of which only five were reported.

Maclean’s: How has the government managed to suppress this information? Woods: It has tightened up on the press laws. When I left there you had 22 acts of parliament in which there are literally dozens of regulations about what the press could or could not report. Since then, there have been two more acts which further limited what the press can report. When I was there we had the Defence Act, which said, in effect, that you can’t publish any military news without the permission of the military. In 1979 they introduced the Police Act, which means, in effect, you cannot print anything that may reflect adversely on the police without police permission.

Maclean’s: Botha’s talk of liberalization-even if there ’s no substance to it, as you suggest—seems to have provoked a strong reaction among many whites. Is it moving them further to the right? Woods: Yes. It’s quite incredible. There are people who felt that any move to allow blacks into restaurants was the thin end of the wedge. It was just going to lead to large-scale integration. A large proportion of Afrikaner nationalists are not in favor of any concessions, even token concessions.

Maclean’s: Do you think violence is inevitable if whites remain intransigent? Woods: It’s hard to predict just how, when and where large-scale violence will break out except to say that most parts of South Africa are like a tinderbox—a situation in which one incident could touch off national violence because the level of anger is high. The pass laws have been made more stringent and the penalties more severe. Every black has to carry a pass, and if he is challenged by a policeman and doesn’t have that pass, he can be thrown in jail. Last year 370,000 were jailed under the pass law, usually for short periods. That is more than 1,000 a day. Rather than the particulars of oppression (I prefer to) look at the overall situation. Here is a society that is alone in the world in that it assigns human rights according to pigmentation of skin. To me, there is something obscene about the country’s representatives abroad walking the streets of a free world of free people. I believe the world community owes it to the black majority in South Africa to turn against the symbols and the representatives of such a regime. f¡? 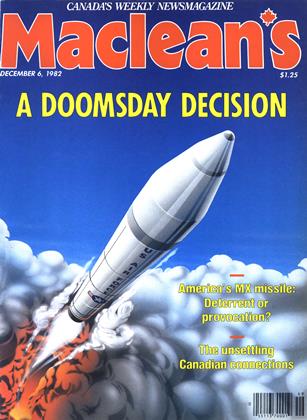