Melanie (Glynnis O’Connor) is a loving momma from the Arkansas backwoods whose husband, upon returning from the army, steals away with their six-year-old child to California. When she discovers the walk-out note, the illiterate Melanie doesn’t know what it means. A neighbor, a good black woman left over from some late-’40s movie, kindly reads it, and Melanie takes off to California to find the child. She tracks down an old friend (Trudy Young) living with a burnt-out, rude, coke-snorting, brandyswigging songwriter (Burton Cummings in his movie debut). With the help of his lawyer, played by the everreliable and long-suffering Paul Sorvino, she learns readin’ ’n writin’, puts the songwriter back on the straight and narrow and gets the kid, too. Amazing woman, this Melanie.

Under more commodious circumstances Glynnis O’Connor might have given a touching performance; however, when the script calls for an actress to be a combination of Norma Rae, Wonder Woman and Saint Agnes, it’s not so easy. Amazingly, Melanie avoids the desperation that must be part of being an illiterate in the 20th century: imagine being unable to read directions on a can of kitchen cleanser. The movie also avoids humor, leaving Melanie’s transformation from Simple Soul in a Sundress to Candidate for Vassar a little hard to swallow.

The performers, including O’Connor, manage to rise above this sentimental slush, especially Don Johnson as Melanie’s pugnacious, beer-drinking husband and Trudy Young as her catty, spacey pal. Burton Cummings is fine when he’s frenzied and mean, but limp and shallow after Norma-Wonder-Agnes straightens him out; kindness and concern sit on his face like too much shaving cream. But the biggest joke in Melanie comes from placing an illiterate in Los Angeles and expecting conflict: there may never be a better definition of redundancy. —L. O’T. 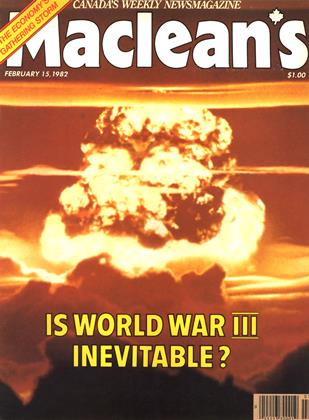