When a movie begins with a theme song announcing “I look at the world with my heart,” you can sense trouble ahead. An autobiographical account of Tom Sullivan, the blind singer who became a television newsman, If You Could See What I Hear is a misshapen, rambling collection of extended anecdotes strung together by the most tenuous of filmic means. Sullivan, played not entirely convincingly by Marc Singer, is portrayed as a cute cutup, hanging out with his sidekick, Sly (R.H. Thomson wasting his talent), and making out with the girls. One, played by Shari Belafonte Harper, doesn’t have the courage to stick with him, but another, a dull Catholic girl played by Sarah Torgov, sticks with him and brings him true love.

Apart from being poorly made (soppy script, aimless direction, ill-advised cutting), If You Could See What I Hear, considering its subject, runs into a devastating problem—point of view. Although Sullivan served as consultant on the film, the story (such as it is) isn’t told from his perspective. Literally, of course, it could not be. But it doesn’t reflect a disabled sensibility; even the able-bodied viewer will not be entirely convinced he is seeing and hearing a blind person’s account of what it is like to live in the world of the sighted. Sullivan is shown to be something of a sexual athlete, which is fine, but there is no

mention made of any past trauma in that regard. His happy hedonism can’t ring true without some explanation of what he had to go through to become such a sexual conqueror.

Presumably set in New England, this Canadian production has an extremely vague sense of place, not to mention time. In several instances the camera lingers on the American flag when it isn’t pursuing scenes of joyless jocularity. It’s yet another example of a Canadian movie that is nothing more than raising a foreign flag to scare up a buck. L. O’T. 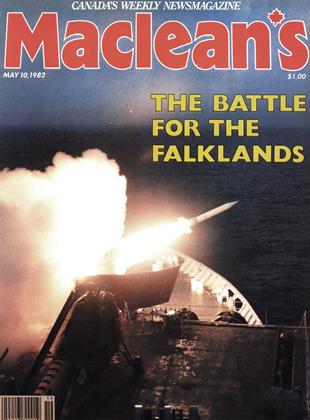