story on page 1. The Butlers, a black family living in a predominantly white Maryland suburb, had been awarded $23,000 in civil damages as compensation for a 1977 Ku Klux Klan cross burning on their lawn. In short order, the presidential limousine, a phalanx of aides, police, Secret Service agents and the media descended on the justifiably dumb struck Butlers. The president emerged, racism was denounced, the cameras rolled and the entourage was soon heralded by sirens back to the White House.

The impromptu visit was a model lesson in political opportunism, demonstrating to skeptics that the president does indeed care about black Americans. But what it chiefly symbolized was the White House’s recognition of a distressing political reality: the gulf separating the president’s doubtless compassionate view of black problems and the contrary public perception of that view.

It is an uncomfortable situation for

Reagan. Republican party fortunes in the midterm congressional campaigns are already facing enough slings and arrows without the additional burden of a hostile black electorate. At the very least, the nation’s pre-eminent Republican must do nothing before November to alienate blacks and drive them to the polls in large numbers to elect the nearest Democrat.

last week of a Senate

compromise plan to extend the Voting Rights Act. More than any other piece of civil rights legislation, the 1965 act revolutionized politics in America—especially in the Deep South. In outlawing literacy tests, poll taxes and other overt forms of racial discrimination, the VRA helped increase black voter registration in the South to more than 56 per cent from less than 30 per cent. The number of

blacks holding elective office rose by a factor of 18. Among civil rights groups and black coalitions, protection of the VRA is, not surprisingly, a sacred trust.

But in the intervening years, states and cities have found new ways to avoid sharing power with their black constituencies. A typical avoidance scheme is to gerrymander districts or convert to at-large elections, which effectively dilute minority strength. The VRA challenges that kind of subterfuge by requiring administrations in 22 states— usually those with histories of discrimination—to seek “pre-clearance” of electoral system changes with Washington. Since 1975, the justice department has tested 40 such changes in Mississippi alone. And last week, the department’s civil rights division blocked an Alabama plan to realign electoral districts. The reapportionment, wrote Assistant Attorney General William Bradford Reynolds, does “not appear to have been necessary to any legitimate government interest.”

Despite the act, discrimination persists. In one Mississippi county, where blacks comprise some 73 per cent of the population, all five county supervisors elected in 1980 were white. Not only that, a controversial Supreme Court decision (Mobile vs. Bolden, 1980) threatens to make legal challenges by blacks more difficult. Violations of the VRA, the court ruled, must be proven to have been deliberate. If the standard were simply the result of electoral changes—and not the motive—it would lead almost inevitably to a quota system. In that case, any change producing black representation less than its strict statistical percentage of population would be found discriminatory. As Mr. Justice Stevens wrote in the Mobile de-

“The Court has set its face

against the claim, however phrased, that the constitution somehow guarantees proportional representation.”

Ronald Reagan and his fellow conservatives used this argument to lobby against a House of Representatives amendment-passed last fall— that would have measured violations of the act by the effects criterion. The House bill had the support of a clear majority and—

pushed to a long and potentially bitter floor fight—it would have prevailed. But neither Congress nor the White House could afford a divisive debate on racial issues. Politics dictated a compromise.

Last week, the amendment was found—engineered by the improbable figure of Representative Bob Dole (RKan.) and endorsed by all but a small cadre of stubborn conservatives. Dole’s amendment would make neither intent nor effects the sole test of electoral discrimination. Instead, it asks courts to examine the “totality of circumstances”—including histories of discrimination and patterns of racially polarized voting. It would also permit states with offence-free records to bail out of the pre-clearance requirement. Finally, the compromise adds language that spells out Congress’ opposition to any racial quotas.

For politicians, particularly Republicans with large minority voting blocs, the Senate version is the best of all possible bills. Like the president embracing the victimized Butlers, they have shown sensitivity to minority concerns while yielding little ground. For jurists, however, the compromise may prove less salutary. Determining exactly what “totality of circumstances” means in any given case is likely to produce years of protracted litigation. And the impact on civil rights in America may yet be profound. 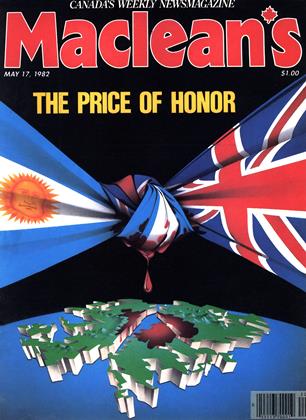