Brilliance sometimes masquerades in the guise of simplicity, and when it does it gives off a special glow. You can see it in Ingrid Bergman’s face as she turns a tear-filled eye (the other hiding under the brim of her hat) away from Humphrey Bogart at the airport in Casablanca (1943). You can see it, too, in The Bells of St Mary's (1945) when, as a tubercular nun leaving for a sanatorium, she smiles sadly at Bing Crosby and shakes his hand. “If only I were not a nun and you were not a priest,” says a single expression. What made Bergman a great actress was her understanding that the moment was more important than the monologue. She was devastatingly simple.

Last week the Swedish-born actress with the fresh-scrubbed face died of cancer after a small party celebrating her 67th birthday. In the movies she registered fear and confusion with a delicate realism: as the young wife being driven slowly insane in Gaslight, for which she won her first best actress Oscar in 1944, as the tortured Joan of Arc (1948), and as the amnesiac in Anastasia, for which she won her second Oscar in 1956.

Nothing seemed premeditated in a Bergman performance; it was happening to her and so it happened to us. Alfred Hitchcock once had to shout at her when she became emotionally overwrought after the cameras had stopped rolling on Notorious:

If she showed bravery in the movies,« for example as Maria in For Whom The'Z Bell Tolls (1943), she needed extra re-serves of it in real life. Having been idolized as one of the top stars of the ’40s, she fell in love with Italian director Roberto Rossellini in 1949 and, while illegitimately bearing him the first of three children, was effectively banished from the United States, even condemned on the floor of the U.S. Senate. Though America forgave her after boycotting her films for six years, Bergman remained in exile in spirit.

When the actress contracted cancer eight years ago, she became outspoken about it, determined to make every moment count. She won a third Oscar (best supporting actress) for her role in Murder on the Orient Express (1974) in which she wickedly parodied her own performance as a missionary in The Inn of the Sixth Happiness (1958). Bergman’s last feature film performance was as the self-centred pianist in Autumn Sonata (1979); her last role was as Golda Meir in the made-for-TV film A Woman Called Golda.

Ingrid Bergman had it all: beauty, intelligence, humility, bravery and a hearty laugh. The glow was a kind of grace that she herself created. Her eulogy was already delivered when Bogart bade her goodbye in Casablanca and said, “Here’s looking at you, kid.” LAWRENCE O’TOOLE 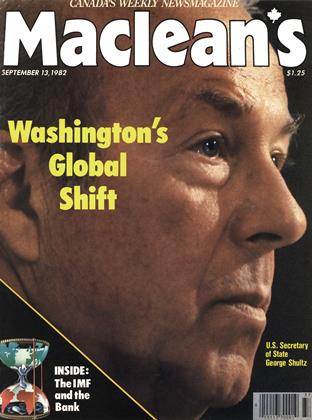