The pawn in a family feud SUZANNE ZWARUN January 17 1983

For most of his eight years, Jason Read has been the victim of a bitter clash between his estranged parents (Maclean's, Nov. 30, 1981). But the five-year custody battle that made Jason the victim of transatlantic tussles is finally over, according to Jason’s father, Robert Read, a 41-year-old petrochemical consultant, who now has custody of the boy in Calgary. But for Jason’s mother, Wendy Read, the battle is not over. Now in Southhampton, on England’s south coast, she pledges to regain custody of her son. “I’m heartbroken,” she says.

The feud between the British-born

Reads, who emigrated to Canada in 1971, began shortly after Jason was born, in Edmonton in 1974. A month later, after the marriage broke down, Wendy returned to England with Jason. After her 1977 divorce from Robert, she was granted custody of Jason. But, after an English holiday visit with the boy in 1979, Read returned to Canada with Jason, where Alberta Judge Joseph Kryczka granted him interim custody of the child. Wendy Read spent two years tracking the father and son. In May, 1981, she finally located Jason at Read’s home in Calgary’s Coach Hill district and she and her brother, Paul Howlett, took the boy back, after a struggle with Read’s second wife, Jill. Police apprehended the pair as they turned in their rented car at the Thunder Bay airport

in Ontario. Howlett was subsequently convicted of assault. Both Howlett and Wendy Read, however, were acquitted of abduction charges. The Alberta Court of Appeal subsequently overturned Read’s interim custody order, but Jason’s father then filed an appeal before the Supreme Court of Canada, which ruled that the custody issue was a matter to be settled in Britain. In effect, the Canadian high court agreed that the English court order took precedence and that Jason should be returned to his mother.

In November, 1981, Wendy took Jason back to England, with father Robert in pursuit. The next month he was jailed for four months on a contempt-of-court charge outstanding since his abduction of Jason in 1979.

After Robert was released from jail, the court battles over custody resumed—until the appeal court decision awarded the boy to Robert last September. Wendy Read says that when Robert arrived to pick up Jason for his latest return to Canada, he was reluctant to leave, and she was especially dismayed when she later received a letter from her son signed simply “from Jason” instead of “with love.”

For the present, the boy with the strawberry-blond hair and huge blue eyes seems quite settled in his Grade 3 class at a Calgary school. But his new life may once again be interrupted. Wendy Read has now hired a new lawyer, who specializes in family law, to consider pursuing her last avenue of appeal—a petition to the British House of Lords, a complex procedure that requires leave from the British Appeal Court to proceed. She accuses the system of “legalizing abduction” and believes that her case was badly handled. Explains a frustrated Wendy Read: “I’m not giving up.” 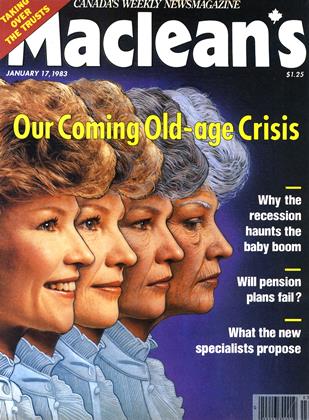