his Liberal colleagues mutely tabulated the political price for his just-completed Far East tour. As a public relations ploy, the 18-day junket through seven nations was a disaster fuelled by the prime minister’s fits of pique and his public disregard of several of his hosts’ dismal human rights records. As a trading mission, however, the expedition opened doors for Canadian entrepreneurs, soothed bilateral business irritants and focused attention on Canadian products. Trudeau’s last stop, a low-key swing through Japan, epitomized many of the troubles and triumphs of the tour. At home, the opposition predictably zeroed in on the troubles, demanding to know the results of his Tokyo rounds. Trudeau, in turn, could only counsel patience—and that triggered what one senior aide called “the worst press in six months.”

Despite the opposition charges, however, Trudeau’s three-day visit to Japan was crucial. He arrived on the eve of Japanese Prime Minister Yasuhiro Nakasone’s visit to the United States. Since the United States is running a $20-billion trade deficit with Japan, Na-

kasone has been under mounting pressure to open the notoriously restrictive Japanese market to U.S. products. Canada, with its $1.2-billion trade surplus with Japan, fears that any move to appease the United States and the equally irate European Community would come at Canada’s expense. Over a sumptuous dinner and a follow-up talk with Naka-

sone, Trudeau bluntly stated his worries about a costly trade shift to the newly elected leader. Said Trudeau: “He told me he understood my concern. It’s fair to say he gave me assurances there would be no such diversion.”

The key concession, which was sweet music to the ears of the business community, carried steep public relations and practical price tags. Since Nakasone decided to go to the United States after the Canadian schedule had been

arranged, Trudeau’s timetable had to be rewritten. Although the two leaders managed two major meetings, Nakasone left for Washington less than 24 hours after Trudeau arrived. Canadian Embassy officials maintained that the two leaders had not shortened the actual time set aside for talks, but the impression lingered that Nakasone’s obvious preoccupation with Washington was a commentary on the stature of Canada—and Trudeau.

To add to his public relations problems, Trudeau turned down interviews with several prestigious Japanese journalists—and passed up a golden opportunity to plead Canada’s trading case to a vast audience. Instead, he spent 30 of his 70 hours in Japan as a tourist. When he was working in Japan, Trudeau was forced to accompany his pitch for more sales of Canadian manufactured goods with the open acknowledgment that Canada is primarily a resource supplier for Japan’s humming industrial empire. As Canada’s second-largest trading partner, Japan purchases, for one thing, nearly 70 per cent of Canada’s coal and about 10 per cent of its timber exports. To protect those markets against such aggressive competitors as Australia, Trudeau was forced to guarantee that Canada’s rich resources will be available to Japan for the foreseeable future. “Canada is probably the most secure source of untapped resource potential on the face of the planet,” he told a dinner party. “I cannot foresee the day when we would be unable to meet Japan’s requirements.”

That pledge accompanied his prodding of his hosts to take another look at the CANDU nuclear reactor and pitches for sales of direct-broadcast satellites, communications technology and aircraft. And he insisted that Japan should buy more finished products “to maintain harmony in our relationship.” For their part, the Japanese told Trudeau that they recognized Canada’s hightechnology capabilities, but there was one hedge: “You can’t sit and wait for customers to come to your door.”

Still, opposition MPs were scornful of the nebulous results. B.C. Tory MP Pat Carney, for one, simply ignored the opened trade doors and snapped, “Any private sector salesman who returns from an 18-day trip abroad with a blank order book would probably lose his job.” Trudeau loftily countered with the claim that more sales depend on “a great deal more persistence and perhaps less levity” than the opposition has shown. Given the uneven record of his trade tour, Trudeau probably should have followed his own prescription. 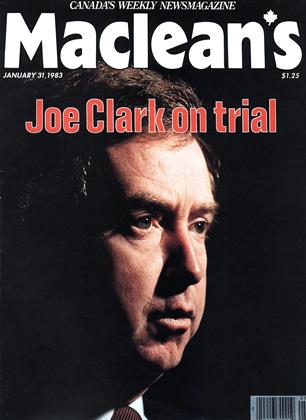