In North Carolina, George Capps was cruising down Route 701 hauling a load of miscellaneous freight from Raleigh to Wilmington when a bullet from a large-calibre revolver struck him in the neck and killed him instantly. In Utah another trucker was in serious condition after being shot in the chest. Across the United States last week there were more than 1,000 shootings, fire-bombings, bomb-throwings and nail-sprinklings after a decision by the United States’ independent truckers to declare a nationwide strike as part of a protest against higher taxes.

The violence was sporadic but effective. The nonunionized independents— about 100,000-strong—carry roughly 90 per cent of the country’s perishable foods. And last week’s shutdown led to delays in harvesting, postponed shipments, and may reduce the supply of fresh produce reaching consumers in Canada as well as in the United States. Meanwhile, as National Guardsmen rode shotgun in helicopters, many Canadian drivers who have U.S. routes took their trucks off the road or drove only in daylight convoys. Said New Brunswick potato broker Gary Hatfield: “A load of potatoes is not worth a life.”

The truckers’ grievances arise from new federal legislation authorizing a five-cent-a-gallon increase in the gasoline tax and new excise taxes, as well as higher registration fees. The increased fuel surcharge will likely be passed directly on to consumers, but the remaining taxes threaten to bankrupt many of the independents. A federal highwayuse tax, for one, will rise from $240 a year currently to $1,900 by 1988—a punitive increase for independents.

As the violence spread, six bills were tabled in Congress last week seeking to amend or repeal the federal taxes. But they have little chance of passage. With fuel prices dropping and the other taxes not scheduled to take effect until 1985, public sympathy for the truckers’ cause is limited. Indeed, the legislation also compensated the carriers by allowing them to use larger trucks and carry heavier loads on federal highways.

Still, the strikers successfully defied opposition from the American Trucking Association and the Teamsters. And if the strike continues, it could lead to higher prices for farm produce. Over the longer term, if more independents are forced out, the International Brotherhood of Teamsters stands to inherit the membership rolls of the former independents. 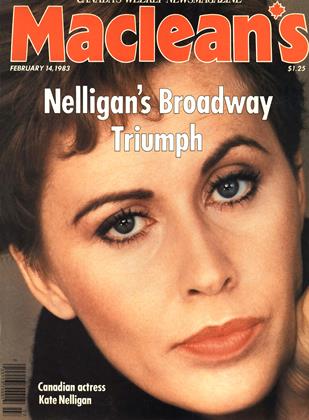