A usterity and Lent arrived in Brazil at roughly the same time this year. Just four days after Mardi Gras, the climax of the country's week-long pre-Lenten carnival, the government stunned Brazilians with an abrupt 30-per-cent devaluation of the nation's currency, the cruzeiro, against the U.S. dollar. Suddenly Brazilian firms with large foreign loans to finance faced bankruptcy. At the same time, con sumers braced for another year of cor rosive inflation - already running at 105 per cent-and falling living stan dards. The devaluation did please Bra zil's foreign lenders and the Interna tional Monetary Fund, which last week approved a $5.9-billion (U.S.) aid package for the nation. But there are growing fears that Brazil will fail to meet the ambitious financial targets imposed by the lenders and perhaps eventually be forced to the brink of default.

The surprise devaluation followed months of assurances from the government of Gen. Joäo Figueiredo that the currency change would not be necessary. But the devaluation may be only the first of what could prove to be a series of severe sacrifices. After nearly three decades of rapid growth the Brazilian economic “miracle” is foundering. Awash in the world’s largest foreign debt (nearly $90 billion), the government is squeezing the nation’s econ-

omy mercilessly to satisfy its creditors.

Immediately after the currency shift, Brazil, its foreign bankers and the IMF managed to hammer out the largest financial “rescue” program ever arranged for a Third World country. In an accord signed on Feb. 25 in New York’s posh Plaza Hotel, more than 169 banks agreed to advance Brazil $4.4 billion (U.S.) in new loans this year. At the same time, they converted more than $4 billion of debt repayments due in 1983 into long-term loans. Then, the IMF ap-

But the price that Brazil has to pay for its temporary liquidity is high. The entire loan package depends on the country’s ability to meet an immensely difficult series of IMF targets. The government will have to cut the nation’s internal budget and its credit system drastically. It will also have to achieve large external trade surpluses to earn foreign

exchange for debt repayments. To that end, Brazil’s economic czar, Planning Minister Antonio Delfim Netto, has declared that he will try to boost the country’s trade surplus from $800 million in 1982 to roughly $6 billion this year—a startling rise even when the falling price of oil imports is taken into account.

At home, meanwhile, Brazil is slashing state spending, especially on the government-owned industries. The government is also paring spending on social programs and on wage increases. Those cuts will hurt the country’s lower-middle and working classes most. But almost all Brazilians stand to suffer as a result of the nation’s dramatic swing from decades of world-leading growth to prolonged recession. And Luis Eulalio Bueno Vidigal, president of Sao Paulo state’s Federation of Industries, predicted a wave of bankruptcies unless the government grants special aid to stricken firms.

But assistance on a large scale seems unlikely. For one thing, despite the enormous infusions of cash promised in recent weeks, Brazil’s short-term money problems are still acute. Shortly after securing last week’s IMF commitment, Brazil was forced to ask its foreign bankers to grant it nine more months to repay $2.3 billion which it had borrowed in December. The country also seeking a 90-day extension on a $1.2-billion loan granted by the Bank for International Settlements, in Basel. Brasilia also hopes to convince the U.S. Federal Reserve Board to stretch out a similar “bridge” loan made during last year’s cash crisis. Like a debt-strapped consumer using one credit card to pay the charges on another, the country is assuring short-term lenders that their payments will soon be covered by the longer-term loans secured last week.

Whether the combination of debt-

juggling and forced austerity will actually work for Brazil will become clear within the next few months. “We shall have to wait until April or May to see how the trade balance is going,” Delfim Netto said last week. If devaluation has not brought Brazil’s trade surpluses up to the IMF targets by then, the entire massive debt-restructuring program may crumble. And a collapse on that scale would threaten the entire international debt structure.

-JAMES FLEMING in Toronto, with correspondents’reports. 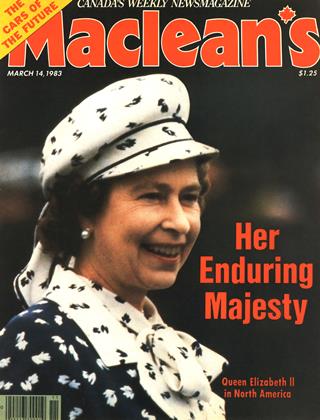